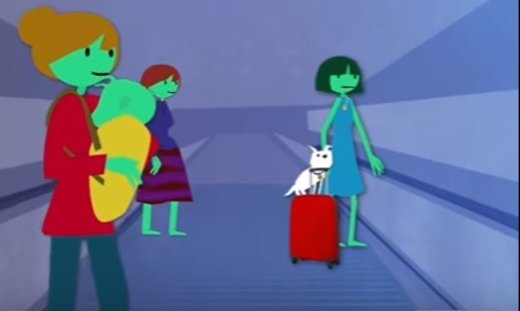 An animated film developed as part of a King’s Improvement Science (KIS) project is at the heart of a new campaign launched by Tommy’s charity, King’s College London and the BabyCentre website to empower pregnant women to overcome fears about speaking to professionals about their health concerns.

Each day in the UK 10 babies are stillborn and 152 babies are born preterm. A body of research led by Jane Sandall, Professor of Social Science and Women’s Health at King’s College London and lead of the Collaboration for Leadership in Applied Health Research and Care’s (CLAHRC) maternity and women’s health theme, has shown that women’s knowledge about their own changing body is invaluable in contributing to safer pregnancies, but they often struggle to voice their instincts and concerns.

The film was developed with the help of 34 women who have previously experienced serious complications in pregnancy or birth. It was made with the support of a £10,000 grant from King’s College London’s Cultural Institute, and co-produced by the 34 women who helped develop the film, Nicola Mackintosh (Research Fellow at King’s College London and part of King’s Health Partners Women's Health Clinical Academic Group) , James Harris (KIS fellow), writer Claire Collison and animator Patrick Beirne. Professor Jane Sandall was also involved. In addition, 15 midwives and obstetricians from Guy’s and St Thomas’ maternity services contributed.

Trusting your own instincts in pregnancy is an important theme of the ‘Always ask’ campaign. Pregnancy information often focuses on specific red flag signs and symptoms such as stomach pain or bleeding.

Our research has shown that many women who seek help for concerns about potential complications in pregnancy and the postnatal period, do not present with ‘classic’ warning signs and as a result, struggle to have their concerns taken seriously. The wider literature suggests that a change in attitude is often what is required, rather than just the provision of information about specific red flags.

This is why the ‘Always ask’ campaign does not talk about specific symptoms; instead it encourages women to trust their instincts and ‘look out for changes that don’t feel right’. It also gives practical tips on appointments, getting listened to and being taken seriously.

The ‘Always Ask’ animation can be viewed here

Read more about the animation in the King’s Improvement Science 2016 annual report.