At least 42% more people will need palliative care in England and Wales by 2040, according to new research by King’s College London.

The number of people requiring palliative care over 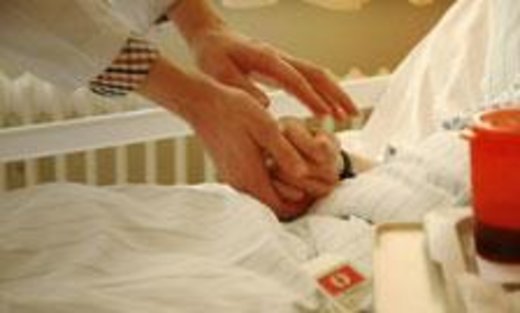 the next 25 years is likely to increase substantially, requiring a shift in healthcare priorities in England and Wales, new research by King’s College London published in the open access journal BMC Medicine has warned.

By 2040, at least 160,000 more people each year are likely to have palliative care needs, including pain management of chronic illnesses and end-of-life care in hospitals and, hospices, and at home. If all these people are to receive palliative care through the healthcare system, a significant increase in training and resources for both specialist and non-specialist care providers is needed immediately, according to the researchers.

Current population and mortality trends in England and Wales suggest that 25% more people will die each year by 2040. In our research we found that if current trends continue, the estimated number of people who will require palliative care will grow by much more than this, due to a sharp increase in the number of people dying from chronic illnesses, particularly cancer and dementia. This, combined with an aging population means that we should expect that there will be 42% more people with palliative care needs by 2040.

The projections also found that more than half of all deaths will occur in people aged over 85 and that dementia deaths will almost quadruple by 2040.

By 2040 national data suggests there will be a rise in the prevalence of chronic progressive illnesses, and we believe that many of these will require symptom relief and palliative care. We estimate that at least 85% of deaths in 2040 will require some form of palliative care and we can predict a shift towards dementia as a greater contributor to palliative care need.

According to the researchers, the number of people who are likely to have palliative care needs will grow out of proportion to changes in population demographics over the next 25 years. As a result, palliative care services will require greatly increased resources over the next two decades to deal with this growing need.

Read more about this story on the King’s College London website.