Special pre-operative assessments for elderly patients have reduced hospital stays, a new trial at Guy’s and St Thomas’ has found. 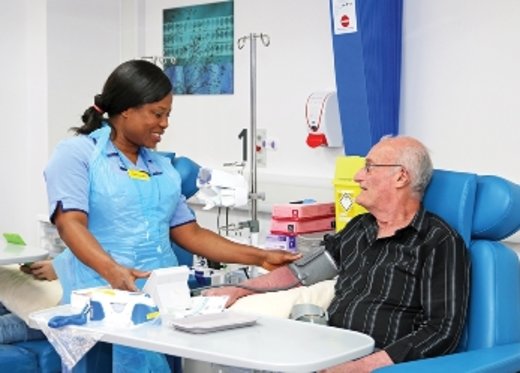 The study, published in the British Journal of Surgery, found that having the assessments before planned operations shortened older patients’ average hospital stay by more than two days and reduced the rate of some complications, such as delirium and heart problems, by more than 50%.

Researchers from Guy's and St Thomas' and King’s College London recruited 176 patients aged 65 and over who were due to have major surgery to treat problems affecting their blood vessels. Half of the patients had standard pre-operative assessments while the others had the specialised pre-operative geriatric assessment. These are carried out by clinicians including a doctor, clinical nurse specialist, social worker and occupational therapist. Patients’ medical conditions, memory, psychological health and functional status, which included looking at where they live, were examined.

The specialised assessments are more detailed, targeted and holistic than standard pre-operative assessments but they do not take much longer to complete. They aim to identify potential risks and then minimise them by introducing individual care plans and providing advice on the prevention and management of anticipated complications.

Patients receiving the specialised pre-operative assessments stayed in hospital after surgery for an average of 3.3 days, compared with 5.5 days for patients who had standard pre-operative assessments. Reducing the length of hospital stay was the main aim of the study, as patients had identified it as being the best measure of the ‘success’ of a hospital stay, and it saves the NHS money.

Dr Judith Partridge, lead author of the study from the Department of Ageing and Health at Guy's and St Thomas' and the Division of Health and Social Care Research at King's College London, said:

Using specialised pre-operative assessments to evaluate and optimise care for older patients meant we could reduce the risk of complications after surgery and length of time spent in hospital. We think that the findings from our study, taken in the context of other research and quality improvement projects, are likely to be transferable to other types of operations, including cancer surgery.

Our Medicine Clinical Academic Group includes specialities in gerontology/geriatric medicine and our geriatric service has been highly ranked for teaching and service innovation.