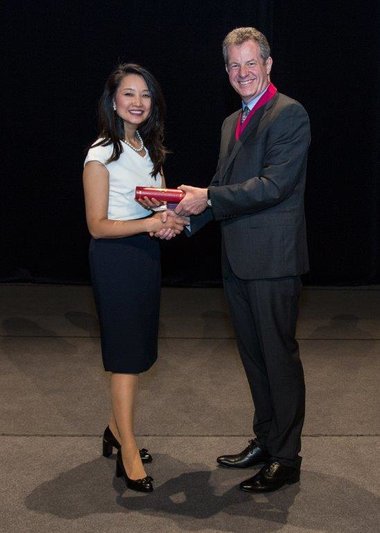 The BAOMS Surgery Prize is awarded once a year to a person or group who are judged to have made a major contribution to oral and maxillofacial surgery.

Dr Kathy Fan was nominated by Dr Rob Bentley, fellow Consultant Cranio-oral and Maxillofacial Surgeon, who is also BAOMS’ President Elect and due to take up his post in 2020. In his nomination, Dr Bentley commended the positive impact that Kathy has made on the team, and stated that she was not only the bedrock of the Oral and Maxillofacial Surgery department at King’s College Hospital but also of the wider field.

Being awarded the BAOMS Surgery Prize is a huge honour, and I’m incredibly grateful. This award is for the rest of my team too – their support is invaluable.