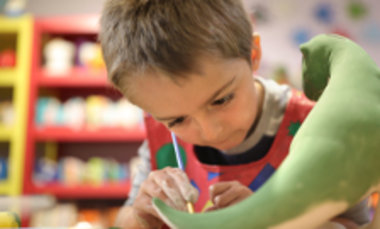 Researchers at King’s College London’s Institute of Psychiatry, Psychology & Neuroscience (IoPPN) have concluded that omega-3 polyunsaturated fatty acids (PUFAs) can improve inattention, hyperactivity and the other behavioural and cognitive symptoms in children and adolescents with ADHD.

Published in Neuropsychopharmacology, the study also found that children and adolescents with ADHD have lower levels of the endogenous omega-3 PUFAs, docosahexaenoic acid (DHA) and eicosapentaenoic acid (EPA), when compared to typically developing youths.

The study comprised a meta-analysis of randomised controlled trials and an analysis of studies that measured omega-3 PUFAs levels in the blood or saliva of children and adolescents with ADHD.

The research offers new evidence in support of nutritional intervention in ADHD.

Dr Jane Chang, first author and a Clinical Researcher who is conducting her PhD at King’s College London’s IoPPN, said:

If left untreated, ADHD can have a negative impact for children and their families. One out of five children worldwide suffer from ADHD, and approximately a third do not respond well, or have poor tolerance to the side effects, of pharmacological treatments. Our study demonstrates that omega-3 PUFAs supplementation monotherapy improves clinical symptoms and cognitive performance in children and adolescents with ADHD, and that these youths have a deficiency in endogeneous omega-3 PUFAs. The study findings provide further support for using omega-3 PUFAs as a treatment option for ADHD, and for improving mental health in general.