Mr Duncan Bew, Clinical Director for Trauma and Acute Surgery at King’s College Hospital NHS Foundation Trust, has received a personal letter from the Prime Minister thanking him for his contributions to the voluntary sector, with a Points of Light Award. 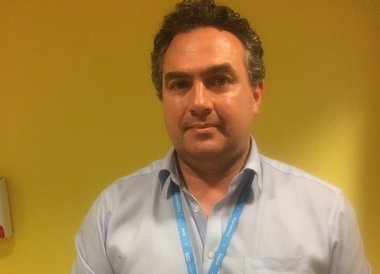 The daily Points of Light Award is gifted to an individual whom the Prime Minister believes to have driven a positive change in their community and stirred inspiration.

Mr Bew has developed and co-founded the charity ‘Growing Against Violence’, which delivers a violence and prevention and safeguarding curriculum in more than 600 primary and secondary schools, as well as working with other charities, the Home Office, Public Health England, the Mayors’ Office, and the major trauma networks.

Mr Bew has also been involved in other voluntary work, including contributing to The Mayor's Office for Policing and Crime knife crime strategy, and advising the All-Party Parliamentary Groups on youth violence. In October he will be presenting at a Harvard conference as a keynote speaker, contributing to the future achievement of the UN Global Goals.

My voluntary work is very closely linked to my role at King’s College Hospital, and I’m honoured to have received this award. I’m also pleased King’s College Hospital has received recognition for its role in treating those who have unfortunately received injuries, and that the charities have been recognised for their work safeguarding, educating and inspiring young people at risk from violence.