Scientists at King’s College London have developed a revolutionary new blood test for detecting a heart attack that could speed up diagnosis and save the NHS millions of pounds. 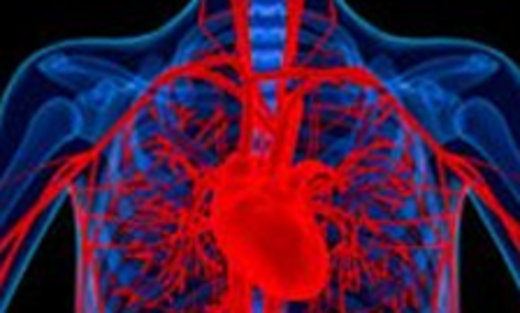 The blood test, developed by a team from King’s College London and tested across Europe, can rapidly rule out a heart attack in more people than the standard test. This could reassure worried patients in Accident & Emergency (A&E) departments, free up bed space, and save hundreds of thousands of pounds per UK hospital every year.

It is estimated that over two thirds of people who attend A&E complaining of chest pain have not had a heart attack. But all will receive two tests: a heart test called an ECG and a blood test to measure the levels of a protein called troponin.

Under current guidelines, people suspected of having a heart attack are tested for high blood troponin levels as soon as they arrive in an A&E, and again after three hours. Depending on the type of troponin test used, up to 85% of people will need to remain in hospital for further tests in order to rule out a heart attack.

The new test uses similar technology to the troponin test, but analyses the level of a protein called cardiac myosin-binding protein C (cMyC). Levels of cMyC in the blood increase more rapidly after a heart attack, and to a higher extent, than troponin, meaning that the test can rule out a heart attack in a higher proportion of patients straight away.

At Guy’s and St Thomas’ NHS Foundation Trust, where the UK side of the research team are based, they carry out 7,800 heart attack tests each year. If rolled out widely, cMyC could save the hospital over £800,000 by reducing admissions and free up nearly 2,500 bed-days every year.

Dr Tom Kaier, one of the lead researchers, funded by the British Heart Foundation at Guy’s and St Thomas’ NHS Foundation Trust, said:

It is important for both patients and doctors to work out early who has had a heart attack and who hasn’t. We often see patients in hospital who have to stay for further tests as a result of a mildly abnormal blood test – this is stressful and often unnecessary.

Our research shows that the new test has the potential to reassure many thousands more patients with a single test, improving their experience and freeing up valuable hospital beds in A&E departments and wards across the country.

Read a blog from our Integrated Hear Failure team on the progress they have made in developing innovative integrated care pathways for people living with heart failure in our local communities.