Treating dementia in people with Down syndrome

A new study from researchers at King’s College London’s Institute of Psychiatry, Psychology & Neuroscience (IoPPN) has confirmed that people with Down syndrome who develop dementia can benefit from drugs commonly used to treat the condition. 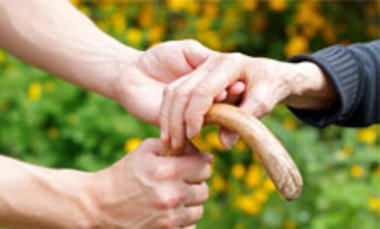 The work, led by Professor André Strydom, Professor of Intellectual Disabilities at King’s College London, was published in the British Journal of Psychiatry and is the largest investigation into the clinical effect of drugs used to treat dementia in this population.

Down syndrome is one of the most common genetic causes of intellectual disability and there are around 60,000 people in the UK with the condition. People with Down syndrome are at much higher risk of developing early-onset Alzheimer’s dementia, a degenerative condition which affects independence, quality of life,
and incurs high costs for health and social care services.

Although there is no cure for Alzheimer’s dementia, drugs such as donepezil (an anti-cholinesterase inhibitor) have been shown to be effective in alleviating symptoms and slowing progression. But people with Down syndrome have often been excluded from drug trials and therefore clinicians and patients have had little information to guide treatment decisions.

The researchers found that people who had been prescribed anti-cholinesterase inhibitors or memantine after a diagnosis of dementia tended to live longer and demonstrated a slower rate of decline than people who did not take the drugs. 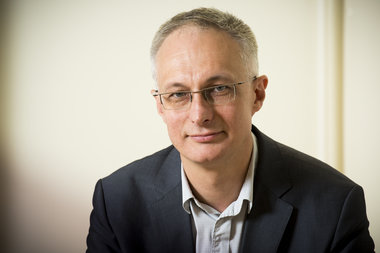 The new findings stem from an analysis of a cohort of more than 1,000 people with Down syndrome who were regularly assessed and followed-up. Those with dementia who were treated with anti-dementia drugs lived on average 5.59 years after diagnosis, whereas those who were not given drug treatment lived for an average of 3.45 years. We also observed a positive effect on maintaining cognitive function (memory and orientation) in people who were prescribed the drugs. However, our data also showed that there were significant differences in the proportions of people with Down syndrome and dementia receiving these drugs across different regions of the country.

The King’s Health Partners Clinical Neurosciences Clinical Academic Group is one of the largest centres for neurology, neurosurgery, neurophysiology and neuropsychiatry in the country.