New research from King’s College London sheds light on how some autistic people can disguise their social difficulties and show good social skills when interacting with others. 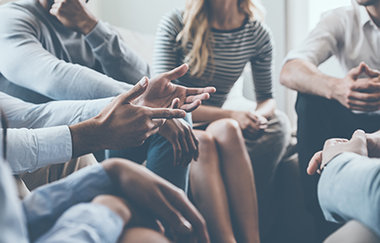 The study, published in Child Psychology and Psychiatry, found that autistic people who compensated for their condition had a higher IQ than those who did not, but were also more likely to say they experience anxiety.

There is little research on why some autistic people show better social skills than others, despite having equally severe difficulties in understanding social interactions. Lead author Lucy Livingston, researcher at the Institute of Psychiatry, Psychology & Neuroscience (IoPPN) at King’s College London, said:

This is some of the first evidence showing that some autistic people can disguise their difficulties fairly well in a structured social situation.

The researchers assessed 136 autistic adolescents for social skills, anxiety, IQ and ‘executive function’, which is the broad ability to plan behaviour, resist acting impulsively and mentally switch between ideas. The participants were also given a test of ‘theory of mind’, which is the ability to easily work out what other people are thinking and is a crucial difficulty for autistic people.

However, high compensators reported greater anxiety than low compensators. Anecdotally autistic people report compensating in social situations as an exhausting, taxing process, which may have an effect on their mental wellbeing. Feelings of not ‘getting it right’ in social situations, despite being motivated, could also contribute to poorer mental health.

As well as highlighting potential mental health problems for autistic people who learn to compensate, the research also suggests some autistic people may be going misdiagnosed.

Some autistic adults have to fight to get a diagnosis, because their social skills may look superficially good. This research highlights the importance of understanding compensation mechanisms, and the effort and stress for autistic people trying to fit into a neurotypical world.