An article by Professor Paul Sharpe, lead researcher from the King’s College London Dental Institute, has been placed as one of the top 100 read papers for Scientific Reports in 2017, after receiving 17,995 views. 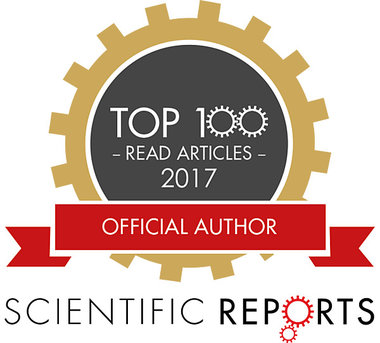 The paper, Promotion of natural tooth repair by small molecule GSK3 antagonists released in November last year, chronicles how a new method of tooth repair, through stimulating the renewal of living stem cells in tooth pulp,  was discovered by a team of researchers at King’s College London. The simple and cost-effective approach is even applicable to teeth that have the vital layer of the tooth exposed.

One of the small molecules used by the team to stimulate the renewal of the stem cells included Tideglusib, which has previously been used in clinical trials to treat neurological disorders including Alzheimer’s disease. Read our coverage of the research, published in January last year: New tooth repair method found.

The article has ignited a huge amount of interested from people across the globe eager to take part in human trials of the method. The research is still in early stages and human trials are not anticipated to begin until late in 2019 at the earliest. It is hoped that in the next 5-10 years the method could be introduced into dental practices around the world and be available to the public.

It is very gratifying to see that this publication has had such a worldwide impact and been read and reported by so many.

The King’s Health Partners Dental Clinical Academic Group provides care for more than 300,000 patients each year at more than 30 sites across London.