Researchers at King’s College London have carried out the largest neuroimaging study examining psychotic-like experiences in adolescents to date and identified previously undiscovered changes in brain activity occurring between the ages of 14 and 19 years. 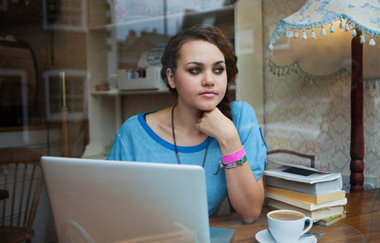 The authors, who published their findings in JAMA Psychiatry, suggest that the brain changes observed in 14 year olds, which can be related to the development of psychosis, occurs much earlier than previously thought in adolescents.

Dr Evangelos Papanastasiou, first author of the study from the Institute of Psychiatry, Psychology & Neuroscience at King’s College London, said:

Our findings are consistent with the neurodevelopmental model of psychosis, which advocates that abnormal brain development, from early childhood, through adolescence to adulthood, can be linked to the development of psychosis.

The study, which recruited 298 healthy adolescents, used a functional neuroimaging technique during a task involving reward processing. The researchers scanned the adolescents at the age of 14 and then later at the age of 19, to investigate long-term changes in brain activation.

Professor Sukhwinder Shergill, the senior author of the study from the Institute of Psychiatry, Psychology & Neuroscience, added:

An improved understanding of these compensatory changes during adolescence would be very helpful in developing strategies to reduce the transition to illness.

Biological markers (biomarkers) accompanied by psychotic-like experiences, such as the ones discovered in this study, may prove useful for improving early diagnosis of psychotic illness. Currently there are no biomarkers for psychosis, but in the future there is hope to combine data from patient interviews, neuroimaging studies, and possibly genetic testing to increase the accuracy of predictive diagnoses.