Long read: Why talking a little louder won’t do the job any more

Between a third and half of all medicines aren’t taken as directed. Professor John Weinman, King's College London, takes a look at how we got here.

For many years in the health community the prevailing wisdom was that if a patient wasn’t taking their medications as directed you would just speak a bit louder and a bit more directly to them. That would definitely ensure the patient followed your instructions.

But much like the stereotypical English tourist seeking directions in a foreign land – the concept of talking loudly and slowly appears just not to have had any effect.

The NHS is spending more than £13 billion on medications each year, but between a third and half of prescriptions are not taken as directed. 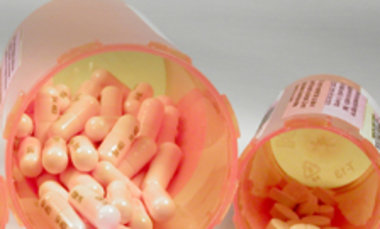 Clearly this is a significant problem.  For the NHS it means money being wasted at a time of tightening budgets and more demands on our health services, and more importantly for the patient – not taking medicines properly can lead to poorer health outcomes, including delaying recovery and worsening or accelerated disease progress.

On a more local scale - a pilot in Southwark and Lambeth looked at 196 patients with chronic conditions. Nearly half (44%) weren’t taking their medicines as they should.

For the health community this is a headscratcher – why do patients do this when medicines are being prescribed to them in their best interests?

Much of the literature and studies since the 1970s tended to place the problem at the door of poor communications from the healthcare professional that affected the patient’s understanding and memory. This is where we started on the route of talking loudly and directly.

And to back this up were reminders, which would repeat and reinforce what the patient had already been told to ensure they stuck to their plans. Or did it?

There’s always something there to remind me

Over recent years, randomised control trials, including a very recent one with more than 53,000 participants , found no statistically significant improvement in adherence by patients who received a reminder device over those in the control group.

If not reminders – then what? In the last decade or so we’ve seen a shift into a distinction between unintentional and intentional non-adherence. These provide a start but do prove tricky as it’s not the easiest to classify so neatly into these two camps.

For example - our local pilot unearthed the main reasons for non-adherence was concern about the effects and effectiveness of medication and a lack of routines to ensure medicines were taken properly. Taking the latter example – would a lack of routine be unintentional? Or is there an element of intention on the part of the patient? It is entirely possible that they have made a conscious decision not to change their plans to adhere to their medicines.

So there needs to be a more open way of navigating the complex nature of non-adherence. And luckily for us, there is.

Back in 2014 a framework was produced dividing non-adherence down to capability, motivation, and behaviour.

Capability could include physical factors – an inability to swallow medication or even to undo packaging – or psychological – such as a lack of understanding, or problems with memory and remembering.

Motivation is crucial – encouraging us to consider the patient’s own views on whether the treatment will be effective for their illness. How does it fit with their overall mood and is whole person care being considered? Does taking medication fit into their habits and routines that allows them to adhere?

Finally, opportunity deserves our attention – does the patient have access to their medicines and can they meet the cost? A professional must look at the complexity of their overall regime - are they taking multiple medicines for multiple conditions?

Opportunity also encourages us to consider social and cultural challenges – does the patient trust their doctor and have confidence in the advice being given to them? Are religious beliefs playing a role – and does the patient have social support and an environment where they feel comfortable to take treatment?

So far so varied, and colleagues at King’s College London have produced short videos which give you the sense of the various factors at play in every individual’s decision.

What this framework rightly does, is ask us to consider each patient as an individual with complex and often conflicting approaches to their own health. That therefore, signposts as the next step to look back at how healthcare professionals are approaching medicines adherence.

Healthcare professionals are busy, there’s no two ways about this.

And research has found a number of issues at a professional level. These include clinicians not checking adherence, a lack of awareness of the extent of the adherence problem, having an ‘optimism bias’ (in default assuming their patients are more likely to  be adherent than those of their colleagues), or the feeling that once that patient has been sent away with instruction that responsibility has transferred.

These types of challenges are (inadvertently) supported at a systemic level. Both staff and patients have a certain default expectation of offering and receiving medication – but one that doesn’t offer much space for regular review of effectiveness or whether the patient should still be taking them.

Overall what this has told us is that we need to raise awareness among healthcare professionals of the extent to which non-adherence is a problem for them alongside the need to adapt their approaches and identify appropriate interventions for each patient.

Last month we launched the Centre for Adherence Research and Education (CARE). The reasons for the Centre are obvious – it gives us the opportunity to increase research into the reasons behind patients’ non-adherence, to bring awareness of this critical issue up the health agenda, and to offer training and resources to professionals to change attitudes and actions.

No easy feat – but there is evidence that bringing professionals and patients together can bring about serious change.

Meet Miss Pop – not her real name. She is 94-years-old and is being prescribed nine different medicines.

Her GP and pharmacist suspected she was not taking her medicines as she should, so a community team went to visit her. An interview took place on the doorstep – she couldn’t let anyone in and insisted everything was “just fine!”.

But it did turn out that she wasn’t taking her medications in any way as directed. Her medicines weren’t a priority for her. The visit revealed her housing situation was a major safeguarding concern but her in-built fear of losing her house was paradoxically underpinning her non-adherence.

In any case, she could not always remember when and why anyone wanted her to take her prescriptions!

Miss Pop lives in Lewisham and was referred onto a new pathway by Lewisham and Greenwich NHS Foundation Trust - Lewisham Integrated Medicines Optimisation Service (LIMOS). Under the service, patients with long-term illnesses are helped to manage their own medicines and remain as independent as possible, with the full and ongoing involvement of patients, GPs, community pharmacists and social services.

Miss Pop’s GPs reviewed her plans and were able to rationalise her medicines from nine to four. They were moved to tea times which better suited her routine, backed up by a chart and a new social care routine. Miss Pop’s team re-framed their explanations to meet her priorities - that taking her medications as required would help her keep her home for longer.

This is just one story within a wider success of the LIMOS programme. Examples like these tell us that non-adherence can be challenged. By adopting an individual and joined-up approach not only has a patient’s outcomes improved but savings have been made on the costs of care.

Find out more about CARE on the King’s Health Partners website.

Take part in a newly created, blended learning resource to reduce non-adherence on the Learning Hub.