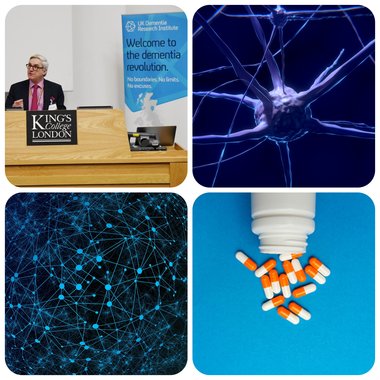 Neurosciences has become one of the major areas of scientific research in the 21st century.

The complexity of the nervous system is reflected in the vast array of conditions and disorders that can affect it – about 600 different disorders have been identified, some of which are very common but many of which are rare.

And this week a new report from the Neurological Alliance finds that the number of neurological cases has now reached at least 14.7 million in England. This equates to more than one in six people living with one or more neurological conditions.

King’s Health Partners Neurosciences is a world-leading institute using its collective strengths to advance scientific discovery and develop new treatments. We play a major role in both the management of neurological and neurosurgical disorders,
as well as within the scientific research applied to the nervous system.

Being the second largest academic neurosciences department within the UK, and with brilliant researchers in our team, we can provide clinical services recognised to be of the highest standard. These are delivered across a broad-spectrum including; brain trauma, stroke, brain tumour, neurofibromatosis, motor neuron disease, neuromuscular disorders and Parkinson’s disease.

Our academic strengths include neurodegeneration - with particular expertise in motor neuron disease and Parkinson’s disease – as well as neurodevelopment and neurogeneration. We also conduct world-leading clinical research in epilepsy, headache and stroke.

Brain Awareness Week allows us to showcase some of our most recent, and upcoming work which will positively change patients suffering from various neurological conditions. Our recent achievements include a landmark new deal which could introduce new medications to manage chronic pain.

Within the coming weeks King’s Health Partners will be promoting awareness of new preventative treatments that will stop patients from suffering from the most common neurological disorder – Migraine.

Through innovation in clinical services, pioneering basic science and translation research, coupled with education and training programmes, staff in King’s Health Partners Neurosciences are continually seeking to improve the care and outcomes for people affected by neurological conditions.

Read more about the work of King’s Health Partners Neurosciences.