New research from King’s College London is the first to show the impact of cannabis use on population rates of psychosis, highlighting the potential public health impact of changes to cannabis legislation. 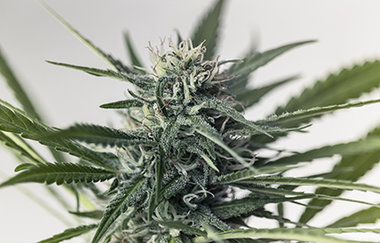 The study of 11 sites across Europe, published in The Lancet Psychiatry, finds daily cannabis use, especially of high potency cannabis, is strongly linked to the risk of developing psychosis.

Many countries have legalised or decriminalised cannabis use, leading to concerns that this might result in an increase in cannabis use and associated harms. Observational studies and biological evidence support a causal link between cannabis use and psychosis, but until now, it has been unclear whether, at a population level, patterns of cannabis use influence rates of psychosis.

Our findings are consistent with previous studies showing that the use of cannabis with a high concentration of delta-6-tetrahydrocannabinol (THC) has more harmful effects on mental health than the use of weaker forms. They also indicate for the first time how cannabis use affects the incidence of psychotic disorder at a population level.

As the legal status of cannabis changes in many countries and states, and as we consider the medicinal properties of some types of cannabis, it is of vital public health importance that we also consider the potential adverse effects that are associated with daily cannabis use, especially high potency varieties.

The researchers collected information about participants’ history of cannabis use and other recreational drugs. Using published data on levels of THC, they estimated cannabis potency for the types of cannabis used by participants, and classified types as either high potency (more than 10% THC) or low potency (under 10% THC).

The authors estimate that one in five new cases (20.4%) of psychosis across the 11 sites may be linked to daily cannabis use, and one in ten (12.2%) linked to use of high potency cannabis.

The King’s Health Partners Addictions Clinical Academic Group are one of the largest providers of NHS addictions services in the UK.