A new study by researchers from Guy’s and St Thomas’ NHS Foundation Trust and King’s College London has found that a simple blood test can help accurately and rapidly diagnose a common and potentially fatal pregnancy complication.

The research, published in the Lancet, showed that measuring placental growth factor (PlGF) helped doctors to diagnose women with pre-eclampsia an average of two days sooner. They also showed that this improved outcomes for women significantly. 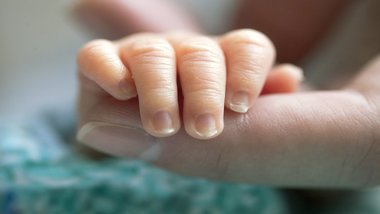 Pre-eclampsia is a condition that affects some pregnant women, usually during the second half of pregnancy or soon after their baby is delivered. It affects up to 6% of pregnancies and is suspected in around 10%. Although most cases of pre-eclampsia cause no problems and improve soon after the baby is delivered, there’s a risk of serious complications that can affect both the mother and her baby. Globally, 100 women die as a result of the condition every day.

For the last hundred years, we have diagnosed pre-eclampsia through measuring blood pressure and checking for protein in a woman’s urine. These are relatively imprecise and often quite subjective.

We knew that monitoring PlGF was an accurate way to help detect the condition but were unsure whether making this tool available to clinicians would lead to better care for women. Now we know that it does.

The research involved 1,035 women with suspected pre-eclampsia, who were recruited to the study from 11 maternity units across the UK. Women were randomly assigned to two groups. One had their PlGF test results made available to their clinical team, the other did not.

PlGF testing was shown to reduce the average time to pre-eclampsia diagnosis from 4.1 days to 1.9 days and serious complications before birth (such as eclampsia, stroke, and maternal death) from 5% to 4%.

There was no change in the likelihood of complications for the baby, the age at which babies were delivered prematurely or whether they were admitted to a neonatal unit. It was important that this test did not cause more unnecessary cases of preterm birth for babies.

In response to the trial, NHS England has announced that they would be making the test more widely available across the NHS.

The evidence shows that widespread PlGF testing could saves lives and it is fantastic news that NHS England agree. Many tests have come into practice without robust assessment. This time, we have evaluated this new test and shown that it improves care and outcomes for pregnant women and their babies.

The research was supported by NIHR Research for Patient Benefit, and by the NIHR Research Professorship awarded to Professor Lucy Chappell, who is speaking at the upcoming King’s Health Partners Annual Conference.