The largest genetic study of bipolar disorder ever, supported by the National Institute for Health Research (NIHR) Maudsley Biomedical Research Centre (BRC), has identified 30 genetic variants that act to increase the risk of developing bipolar disorder, 20 of which are newly discovered. 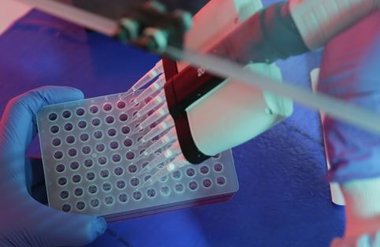 The large-scale genome-wide association study was undertaken by a group of 207 institutions from 22 countries. The study was published in Nature Genetics.

Bipolar disorder is a complex illness which can vary a great deal in nature and severity between people. It can take years for someone with the disorder to be diagnosed and to find the combination of treatments that work best for them.

People with bipolar disorder have problems with their moods, experiencing periods of highs known as mania or hypomania and, usually, periods of depression.
These can affect thought, perception, emotion, and social behaviour.

The Bipolar Disorder workgroup of the Psychiatric Genomics Consortium performed genome-wide association analyses using 32 cohorts in 14 countries in Europe, North America and Australia. The UK was the largest single contributor, including samples from studies at King’s College London, University of Cardiff and University College London, among others. The study compared the genetic variations in over 29,000 people with bipolar disorder and 160,000 people who do not have the condition.

These findings represent the discovery of important new biology and biochemical pathways that influence risk for bipolar disorder. We also found differences in the genetic make-up between individuals with different types of bipolar disorder.

Dr Jonathan Coleman, also at King’s College London and one of the analysts who contributed to the study, said:

In our genetic analyses we found that the type with more severe mania, bipolar I disorder, is strongly genetically linked with schizophrenia, whereas bipolar II disorder is more genetically similar to severe major depressive disorder.

Our analyses may provide useful information to help develop new, more effective and tailored treatments and improve the management of different types of bipolar disorder.

We hope to expand our research to include more people with non-European ancestry to help us better understand this disorder and in order to be able to produce more widely applicable and clinically useful insights, risk predictions and treatments.