Health apps are widely available and increasingly popular – with an estimated 300,000 on the market. But are commercial app stores doing enough to identify their quality to consumers? 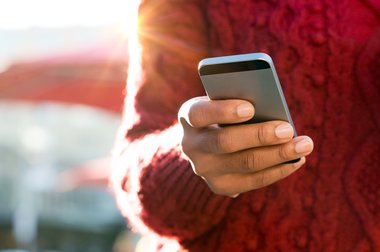 Commercial app stores urgently need to address the lack of information available to consumers about the benefits and quality of health apps, according to a new study funded by the National Institute for Health Research (NIHR) Maudsley Biomedical Research Centre (BRC). The study was published in the open access journal, Journal of Medical Internet Research (JMIR).

The study highlights the lack of solid evidence for claims made about health apps, which may actually provide little benefit or even cause harm.

It calls for closer regulation of the health app industry, which is estimated to be worth $25 billion globally, and whose business depends on rapid high sales.

Led by Professor Dame Til Wykes, the study proposes a system called Transparency for Trust (T4T).

The system sets out what information should be made available to the public, including information about data sharing, health benefits, and involvement of target users in design and usability testing.

This information should, the study says, be requested by app stores like Google Play and Apple iTunes, whenever an app claims to have health benefits, and made available to the public. T4T is designed to be applicable to all health apps, regardless of the condition or illness they are designed to address.

With an estimated 300,000 health apps on the market, consumers have little to guide them to make informed choices about what may work for them, the researchers say, with evidence suggesting that some apps are not only ineffective, unsafe and hard to use, but also do not meet users’ privacy and security expectations.

Reviewing past and current efforts to introduce regulatory systems, the study found that these have been difficult to implement, often apply only to a portion of apps, or fail to make clear recommendations at the point of sale. The system proposed by the study is designed to be easy to use and implement, focusing on just four key areas: privacy and data security, development characteristics, feasibility data, and benefits.

One of the fastest growing areas is apps for mental health, and the researchers point out that people seeking help for mental ill health may already have found it hard to access formal support and may also experience discrimination and stigma.

As things are, we simply don’t have enough information as consumers to make informed choices about apps claiming to improve our health.

When a new treatment for cancer or heart disease becomes available, it has undergone rigorous trials to make sure it has real benefits and minimal risks, and so that patients and doctors have all the necessary information about dose and side effects. In contrast, anyone can create a new app and claim it will improve your health, and no one holds them to account for those claims. These so-called health apps are making app stores, as well as their creators, millions of dollars every year.

This situation is bad for several reasons. People might delay seeking treatment or support on the assumption that an app they have been sold will make them better. They may feel a sense of failure and desperation when an app they’ve been told is effective doesn’t work for them. And they may unwittingly give third parties access to a whole range of private data.

Tech has lots of potential benefits for our health, but we have a long way to go before we have a safe and responsible marketplace. Clinicians and patients need to be involved in the development of apps, just as they are in the development of any other kind of treatment. And app stores need to step up and require specific information from anyone offering an app they say has health benefits, and provide it to buyers at the point of download.

Read the full story at the NIHR Maudsley BRC website.