New research by King’s College London, published in the American Journal of Gastroenterology, finds that the public’s perception of constipation differs drastically from that of doctors’ and from the formal diagnosis guidelines. 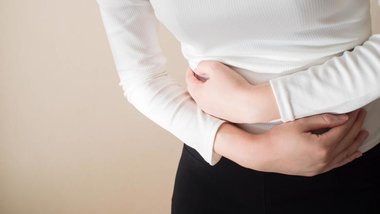 Researchers also identified six key sets of symptoms common to both that in the future could form the basis of a new medical definition for constipation.

Constipation is a very common condition. Although most people with chronic constipation do not visit a doctor, it is still diagnosed in more than one million GP consultations and 63,000 hospital admissions in the UK every year. The way it is detected, however, varies considerably. Some patients self-diagnose, some doctors diagnose pragmatically, and others use formal criteria which specify combinations of symptoms experienced over defined periods of time.

Previous studies have tried to estimate how many people suffer from constipation, but their results vary between 3% and 35%. One potential reason for this range is the lack of a consistent way to diagnose it. Accurately identifying a condition is at the root of good care. Currently prescription medication for constipation fails in nearly 60% of patients and almost half report not being satisfied with their treatment.

The team from King’s College London collected data from 2,557 members of the public (of which 934 had self-reported constipation), 411 GPs and 365 gastroenterology specialists.

They found that of those who self-reported constipation, 94% met the formal diagnostic criteria (Rome IV). Surprisingly, however, of the 1,623 who did not self-report constipation, 29% met these criteria too. Nearly one in three ‘healthy’ patients were, therefore, clinically constipated but did not recognise it.

Using case studies, the rates of correct diagnosis of constipation ranged from 99% down to 39%, depending upon the symptoms present. Infrequent bowel movements, for example, were perceived as important for diagnosing constipation by less than a third of the constipated general population, compared to 41% of GPs and as many as 65% of specialist doctors.

This is important as patients who seek medical care for their constipation-related symptoms may not have their symptoms recognised as constipation by the doctor and, therefore, may not be managed as such. This could significantly impact patients’ access to care and treatment.

Our findings emphasise the need to re-define the current universally accepted diagnostic criteria, so they reflect both patients’ and doctors’ perceptions. The six symptom clusters we have identified seem a logical place to start.