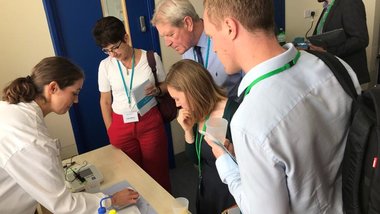 Despite being the third most commonly observed oral condition, affecting up to 30% of European adults and not requiring a drill to fix, UK research shows that ETW is currently not routinely screened, or monitored, as part of the standard dental examination.

Erosive Tooth Wear occurs when the outer layer (enamel) of the tooth slowly dissolves. This can lead to changes in the shape or appearance of teeth, and they may become sensitive when eating or drinking cold food and drink. At its worst, the tooth structure can gradually wear away.

Although the condition may have a slow rate of progression, the impact on aesthetics and function, as well as the financial implication of restoration, can be significant. According to a study by O’Toole et al., costs could be up to £31,000 for private treatment and the average treatment took 21 months.

Reports show that the rise in snacking culture on fresh fruit and fruit juices increased the risk of developing ETW by 12 times, especially when they are consumed outside of meals.

ETW is the third most common dental condition and prevalence is increasing, but it’s not routinely identified. The basic erosive tooth wear examination was designed specifically for use in general dental practice, it is a simple tool to use and will screen for the condition and prompt preventative discussions with patients.

Often when patients are referred to the hospital for treatment, it is because early signs may not have been identified and changes to behaviour have not been discussed with patients. Simple advice, such as limiting the number of acidic drinks you have and switching when you have them to mealtimes may make a real difference in reducing patient risk.

The King’s Health Partners Dental Clinical Academic Group provides dental care for more than 300,000 patients each year at more than 30 sites across London.