The first scientific study of strategies used by people with autism to disguise their condition has been conducted by researchers from the Institute of Psychiatry, Psychology & Neuroscience (IoPPN).

The results highlight the need for increased awareness of these strategies among clinicians and greater support for those people using them. 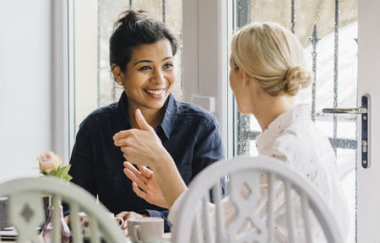 The survey of 136 adults, published in The Lancet Psychiatry, found that compensatory techniques used by autistic people were associated with both positive and negative consequences. Compensatory strategies were linked to improved social relationships, increased independence and employment, but also poor mental health and delayed diagnosis.

Autism spectrum disorder is characterised by problems with social communication and by repetitive and restricted behaviours. Some autistic people may use past experience or logic to respond to social situations to increase opportunities and ‘fit in’ with society. However, they continue to be autistic at a neurocognitive level and this can lead to challenges in diagnosing and supporting individuals.

Of the 136 study participants, 58 had a clinical diagnosis of autism spectrum disorder, 19 self-identified as autistic without a formal diagnosis, and 59 neither self-identified nor were diagnosed but reported social difficulties. The participants self-reported their compensatory strategies as well as how successful and tiring their strategies were, and the likelihood of their recommending them to others with social difficulties.

The researchers identified several strategies used by people with and without an autism diagnosis. They found shallow strategies, such as laughing after joke cues, were common in participants who reported more autistic traits and were considered more difficult in stressful situations or when tired.

Strategies which used intellectual and planning abilities to follow social norms - such as making eye contact or pre-planning social niceties – were more difficult when distracted or stressed but, importantly, did not reduce participants’ internal social cognitive difficulties.

The use of these strategies was linked with poor mental health, and autism diagnosis and support appeared to be affected too. 47 out of 58 of the participants who were diagnosed with autism spectrum disorder received a diagnosis late in adulthood while the remaining 11 were diagnosed before the age of 18 years.

We are increasingly realising that compensation to appear ‘neurotypical’ has negative effects on mental health for many autistic people. Not only is it exhausting, like speaking a second language learnt late in life, it also appears to erode the sense of self, for some autistic people.

There were wide-ranging motivations for the use of compensatory strategies, most notably social motivation and a desire to develop meaningful relationships.