The team of researchers 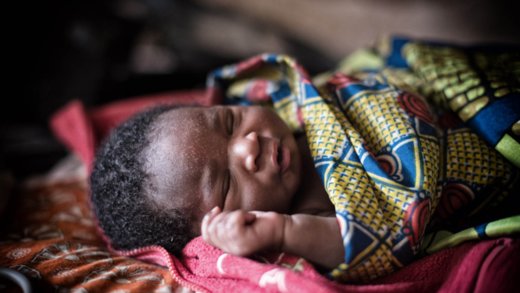 led by Dr Sophie Moore from the Department of Women & Children’s Health conducted a randomised trial of nutritional supplements to pregnant women in rural West Africa and found an improved response to diphtheria-tetanus-pertussis (DTP) vaccinations in the infants born to women who received protein-energy and micronutrient supplements.

The Early Nutrition and Immune Development (ENID) Trial was designed to investigate the impact of combined protein-energy (PE) and multiple micronutrient (MMN) supplementation given to women across pregnancy on vaccine responses in young infants.

The researchers enrolled 875 pregnant women in the trial who were randomised to receive either iron-folic acid alone or combined with MMN, PE or both daily from enrolment until delivery.

After birth, infants were vaccinated at 8, 12, and 16 weeks of age with the DTP vaccine, as recommended by the WHO Expanded Programme on Immunisation (EPI), and their responses were measured at 12 and 24 weeks of age.

They observed that supplementation with MMN combined with PE was the most efficient intervention tested, improving the infant’s response against diphtheria and tetanus at 12 weeks, and tetanus and pertussis at 24 weeks.

Nutritional deficiencies are common among pregnant women in low- and middle-income countries (LMICs) and are recognised as key determinants of poor birth outcomes and long-term health outcomes in the offspring.

Such research may lead to the development of nutritional interventions and immunisation programmes that help break the vicious cycle of malnutrition and infection among vulnerable populations.

The authors hope to investigate the underlying mechanisms that link maternal nutritional supplementation during pregnancy to improved vaccine responses in early infancy.

Read the full paper on the National Center for Biotechnology Information website.