The first cohort of young patients to receive living-related liver transplants at King’s College Hospital have been reunited 25 years on from their surgery. 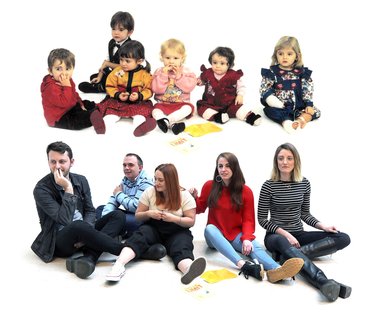 The first six children in the UK to receive living donor liver transplantation from a parent had their transplants more than 25 years ago.

Audrey Carolan, who is now 27-years-old and works for a sexual health charity, was the first recipient to have a living-related transplant at King’s College Hospital NHS Foundation Trust, receiving a segment of liver from her mum Veronica in October 1993.

I needed the transplant because I had a condition called biliary atresia, where the bile ducts are abnormally narrow, blocked or absent. This innovative procedure was suggested to my parents, and my mum was deemed to be a suitable donor.

Mum and I both recovered quickly. The transplant saved my life and meant that I had a happy, healthy childhood. I did have to have a full transplant in 2002 due to complications, although I’m now fighting fit again!

I’m forever grateful to Professor Heaton and the rest of the liver team at King’s College Hospital NHS Foundation Trust, as well as to my mum and my donor – I wouldn’t be here without them.

Robbie Sheargold had an operation to receive a part of his mum, Karen’s, liver in February 1994, followed by Lani Ward in March 1994, Matthew Pitman in May 1994, Heather Greig in June 1994 and Kelly Young in August 1994.

Kelly Young, who is 26-years-old and works as a swimming teacher said:

It was great to be reunited 25 years after we all met for the first time – obviously we were only about three at the time, so we don’t remember the first photos being taken but our parents remember each other. It was a good opportunity to meet other people who’ve had transplants and we’ve made plans to stay in touch.

Professor Nigel Heaton, Liver Transplant Consultant Surgeon at King’s College London NHS Foundation Trust, who was part of the team that carried out the transplants, said:

Having operated on this group of patients 25 years ago, it was wonderful to see how well they’re all doing now.

The Liver Transplant Unit at King’s College Hospital NHS Foundation Trust runs the largest transplantation programme in Europe, carrying out more than 200 procedures a year and assessing and treating both adults and children from all over the country and abroad.