The goals of cardiology research

We sat down with Prof Maura Giacca who has joined King’s College London to find novel biological drugs for heart attack and heart failure. 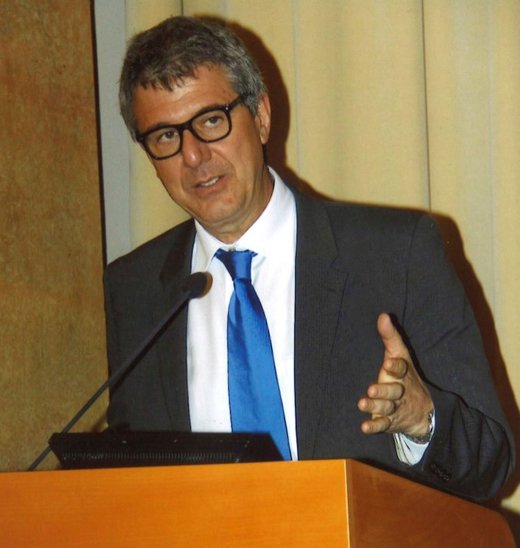 his team joined King’s College London from Trieste, Italy, earlier this year to continue their research on the development of novel biological drugs for heart attack (myocardial infarction) and heart failure.

Prof Giacca has recently published research in Nature demonstrating for the first-time proof-of-concept for heart regeneration after heart attack in animal trials, paving the way to develop an eventual clinical therapy to improve outcomes for patients.

We interviewed Mauro to find out more.

Briefly tell us about your career to date

I am a medical doctor by education and a molecular biologist by training, and have always followed my deep interest and passion for experimental medical research.

I was Professor of Molecular Biology at the Scuola Normale Superiore in Pisa, Italy, one of the leading academic institutions in Italy, where I founded and directed the university’s Molecular Biology laboratory working on HIV research.

Then in 2004, I moved to Trieste to become the Director of the International Centre for Genetic Engineering and Biotechnology (ICGEB), an international organisation of the United Nations with seats in Italy, India and South Africa. At the same time, I also moved my academic position to the Department of Medicine of the University of Trieste.

Being the Director of an international organisation is a prestigious position, but also bears the weight of heavy political and administrative duties. For this reason, I was happy to accept an offer to move to King’s College London earlier this year to have the possibility of focusing on experimental research only.

What research are you currently working on?

I am fascinated by the goal of developing novel biological therapies for heart attack and heart failure.

A central problem in cardiac disease is that cardiac muscle cells stop dividing immediately after birth. Thus, any damage to the heart in adult life (for example, due to myocardial infarction, uncontrolled high blood pressure or viral infection) cannot be healed through the generation of new muscle tissue but only by formation of a scar. A crucial goal, therefore, is to preserve cardiac muscle cells in our heart from death and to stimulate regeneration once they are lost.

No currently available therapies have this capability. This is why we are searching for new biological treatments, based on engineered proteins or genes, that could be transformed into active biotherapeutics for cardiac protection and regeneration.

Where do you think your research is heading in the next five years?

We approach the problem of finding such new drugs through a conceptually novel perspective: instead of basing our research on educated guesses from current scientific knowledge, we perform systematic screenings to identify active molecules.

For cardioprotection, we are now focusing our research on three novel growth factors, which we have found to exert profound effects in protecting cardiac muscle cells from death after infarction.

For cardiac regeneration, we performed a large robotic screening to search for small pieces of genetic information encoded by the genome, called microRNAs (Ribonucleic acid), that could push cardiac cells to proliferate. One of the microRNAs we found was particularly effective and, once administered after a heart attack in both mice and pigs, stimulated regeneration of the heart. This was similar to what spontaneously occurs in fish or salamander, but not in other animals or humans.

But the process needs to be tightly regulated before moving to clinical trials, and this is why we are currently working on developing effective and controlled ways to administer these molecules to the heart.

How does working as part of King’s Health Partners benefit your research?

King’s Health Partners is a terrific academic and clinical environment to conduct our projects. A critical mass of top scientists and clinicians is essential for success in the area we operate, especially when translation from bench to bedside is involved, as is the case across the partnership.

In King’s Health Partners, besides the excellence of both science and clinical care, there is a very positive human environment and an openness to facilitate application, which is essential to bring innovation into practice.

What impact will your research have on healthcare and cardiovascular disease?

The breadth of cardiovascular diseases is now enormous: more than 30% of human beings globally now suffer and die as a result of these conditions, including in developing countries. Finding new biological or genetic treatments for myocardial infarction and heart failure is a long-sought, but hitherto unachieved goal of cardiology and medicine in general.