King’s College Hospital thanks patients and families for giving “the greatest gift possible”. 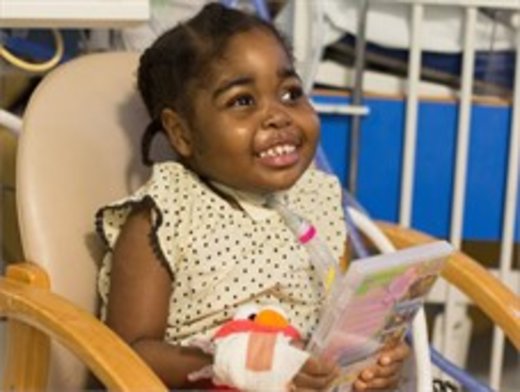 for transplantation at King’s College Hospital than at any other hospital in the UK last year, figures have revealed.

In total, 49 patients at Denmark Hill site chose to donate their (or their children's) organs after their death to help others. Their actions saved the lives of patients requiring a transplant, both at King’s College Hospital and at other hospitals across the country.

Thanks to the altruism and generosity of our patients and their families, others have been given the greatest gift possible. When you see the transformative effect a transplant can have on a patient with very limited options you really appreciate the enormity of that gift.

Next year, the law around organ donation is changing in England. From spring 2020, all adults in England will be considered as having agreed to donate their own organs when they die unless they record a decision not to donate or are in one of the excluded groups. Even after the law has changed, families will continue to be approached before organ donation goes ahead.

Despite the continued rise in the number of organ donors, figures consistently indicate lower consent rates and opt-in registrations to the organ donor register among black, Asian and minority ethnic (BAME) groups.

This has resulted in BAME patients waiting significantly longer than white patients to receive organ transplants because blood and tissue types need to match for a transplant to be successful. This is most likely to happen when donor and recipient are from the same ethnic background.

The Miradi-Lutmba family from Croydon decided to donate organs. Their six-year-old daughter Faustina [pictured above], who had been cared for at King’s College Hospital, died from a lung condition in 2018. Her parents made the decision to donate some of her organs so that other children could live.

Faustina was waiting for organs herself for a long time and we went through all the difficult moments of a family waiting for organ transplantation. So when I was asked if Faustina's organs could be transplanted to other children who required them, I agreed. It was a difficult decision but we understood what other families may be going through.

There is still a big gap and a huge sadness in our lives as we miss Faustina dearly. Our other children are growing up and asking about her, which is difficult. However, life goes on but with memories of her dearly in our hearts. It's comforting to know that she has helped other children in need. We did not want to know who was getting the organs but amazing to know that part of her lives on and has helped sick children live a better life.