Hypertension during pregnancy can increase later risk of heart disease

Research published in the journal Circulation has found that women with high blood pressure in pregnancy, including conditions such as preeclampsia, have an increased risk of developing cardiovascular disorders later in life, including stroke and heart failure. 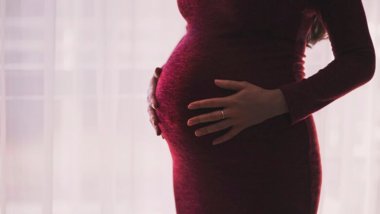 They used statistical analysis to determine the associations between hypertensive disorders of pregnancy, such as preeclampsia, with 12 cardiovascular disorders.

They found that during the 20-year study period, 18,624 cardiovascular events occurred (such as heart attacks, stroke, heart failure), of which 65% occurred in women under 40 years of age.

High blood pressure in pregnancy affects up to 10% of pregnancies often causing complications in the woman and requiring early delivery of their baby.

Women who had one or more pregnancies affected by preeclampsia or other types of pregnancy hypertension were more likely to have a stroke, heart attack, heart failure, or similar event.

These results clearly show that we should now look at how we share this information with women who have had pregnancy hypertension and that we need to find out what interventions work for these women so that they can reduce their risk of heart disease later in life. It is essential that we work with women and all the healthcare professionals involved in their care so that we can tailor the interventions appropriately to this period of a woman’s life.

Read the full story on the King's College London website.