I’ve been on South London and 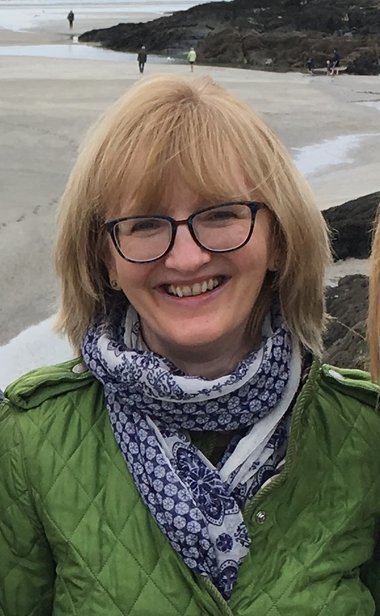 Maudsley’s smoke-free journey since day one. It’s been a real privilege to lead such a strong team (Andrew Koch, Tracy Davies, Melissa Wood, Ese Ojo, Georgia Whyte and Andrea Milbrandt) who have an abundance of passion. We have persevered together through the highs and lows. Marking the occasion of our fifth birthday was a chance for us to reflect on achievements and prepare for the next phase of this crucial cultural change.

We held a half-day celebration event on 1 October in the Ortus Conference Centre with patient, carer and staff representation from across the organisation. It was an opportunity to thank everyone who has helped implement the smoke-free policy as well as providing a platform to showcase smoke-free success stories. On the day, each storyteller was presented with a certificate of achievement and a “Bethlem Star”. The significance of the star (pictured below) lies in the history of Bethlem Hospital. It was founded as a monastery in 1247, where its foundation deed required the monks to wear ‘the sign of the star’ of Bethlehem. Later, the star was worn by discharged patients as a sign of their association with the hospital. We hope the quitters who shared their inspiring smoke-free stories will wear their Bethlem star’s with pride.

Their stories – from poetry to Tai Chi, the many ways people have been helped to quit smoking

Simon was supported by Andrew and the Tony Hillis team to quit using varenicline.  He recalled his first admission in 1993 when smoking was rife in the ward. He quickly became a chain smoker and later progressed to other illicit drugs. He said that after discharge he found it difficult to walk even 200 yards without getting out of breath. He’s sure the smoke-free policy is a good thing and has observed that “non-smokers get better quicker than smokers”.

Lorraine Hewitt House. She highlighted the importance of having good quality specialist support. She valued this throughout her treatment but especially when she relapsed, at this time her advisor, Georgia, helped to get her back on track.

Dave really appreciated the smoker’s clinic provided within Lorraine Hewitt House, a place where he felt comfortable. He had confidence in this service as he had been well supported by the staff and the familiarity of the place made it easier for him to take the first steps towards stopping smoking.

Sandra’s story was presented as a taped video filmed in her bedroom on Hayworth ward. She had high praise for Ese who has provided her with an e-cigarette starter pack, that has helped her find a way out of smoking.

Godfried, a patient in Heather Close, collaborated with Ese to compose a smoke-free poem. He described his regret for ever starting to smoke and wishes he could turn back the clock. He noted how regular carbon monoxide monitoring testing is helping him attain his smoke-free goal.

Patrick explained how Melissa helped him quit whilst he was a patient in ES2 ward. He has no doubt that doing so has yielded improvements in his mental and physical health. A former table tennis champion he has now taken up Tai Chi and he has even inspired me to try it too.

Evelyn, who works in Chaffinch ward, told us that as a smoker she was a master of deception, always focused on when she could get her next cigarette. Working in a smoke-free environment was tough so she joined the smoking cessation group facilitated on the ward by Tracy and found that the competitive element and comradery helped to change her ways. Quitting alongside patients broke down the barriers and was helpful for everyone.

Jayden, a nurse in Westway’s ward, recalled that he started smoking when he was just seven.  Reluctant to go to school, Jaden’s father would pay him with cigarettes to reward attendance. Growing up in a community where smoking was commonplace it was impossible to avoid. However, after moving to London Jayden quit smoking, he began to focus on his health and qualified as a nurse. When he first met tobacco dependence advisor Tracy he had relapsed, her non-judgemental words of support were just what he needed. He knew he wanted to quit again but he needed a nudge. Jayden is now back running, he has completed level 2 smoking cessation training and actively helps other smokers to succeed too.

Nick’s smoke-free story began in River House. As a detained patient he had no choice, but he wasn’t unhappy about the smoke-free policy because deep down quitting was something he wanted to do. In the beginning, he promised himself that he could smoke again when he got leave. However, when his leave was finally granted he’d forgotten about returning to smoke and took up running instead. Nick summarised his story by saying how important maintaining the smoke-free environment is for those who are trying to quit, creating a separation from the old ways until the resolve to self-manage with healthy lifestyle choices is stronger.

Marissa told us that she has asthma. Smoking has been a factor that led to many episodes of pneumonia and critical moments in hospital however, since quitting smoking, she has not needed an acute hospital admission. Her mental health has also improved, and she has been discharged from Bethlem. Marissa is delighted that she will be able to continue with her smoking cessation treatment provided by Tracy as she continues her recovery at home.

Maria reminded us that tobacco addiction is a chronic relapsing condition. She had quit for nine years but sadly relapsed in a weak moment, “you can never have a single puff” she warned us. Luckily for Maria she was able to connect back with Andrea in the Maudsley Smokers clinic and found the support enabled her to quit again.

What the future holds

South London and Maudsley’s smoke-free team is expanding, the early years and these encouraging success stories tell us that people with mental health problems need to quit, they want to quit, and they can quit. Let's look forward to the next five years and beyond with great optimism.

Visit the King's Health Partners Learning Hub for courses on helping patients change behaviour in the context of addiction.

To send comments or suggestions for improvement email smokefreeready@slam.nhs.uk

The King’s Health Partners Addictions Clinical Academic Group covers illicit drugs, alcohol and tobacco addiction and is one of the largest providers of NHS addictions services in the UK.