Teenager becomes youngest in the UK to have invisible hearing implant

A teenage girl has become the youngest person in the UK to be fitted with an invisible hearing implant after surgery at St Thomas’ Hospital.

Lauren Gibbinson (pictured), from Southend in 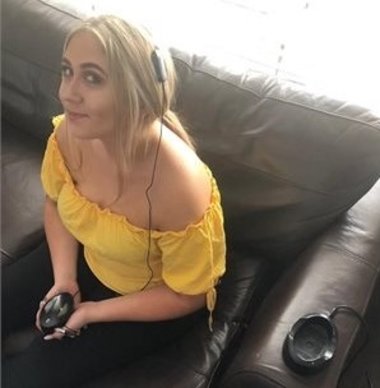 Essex, has always had hearing problems but when she reached 13 her hearing became severely impaired.

She suffered from reoccurring ear infections and psoriasis on her scalp and in her ear canals. The skin condition causes red, flaky patches that can be itchy and painful, which made it difficult to wear conventional hearing aids.

Lauren was referred to the Hearing Implant Centre at St Thomas’ Hospital, and at 15 years old she became the youngest person in the UK to have a Carina middle ear implant fitted.

Lauren, who had the device switched on two months after the complex surgery, said: “I noticed an instant improvement and it was very overwhelming. For the first time ever I could hear the wind blowing and birds tweeting.

Although I’d been able to hear my dad, brother, grandad and boyfriend talking when I wore my old hearing aids, I’d never been able to differentiate between their voices. The implant has clearer sound so it was amazing to hear the different tones in their voices.

Other semi-implantable hearing devices, such as cochlear implants, are already widely available but they have external microphones and batteries, which cannot be worn during showering or swimming without a special cover.

With this implant I don’t have to worry about losing it, dropping it or getting it wet – it really has been life changing and I feel a lot more confident. We went on a family holiday in January and for the first time I was able to join in all the sports activities and enjoy the pool because I didn’t need to take my hearing aids out. I can also listen to music using headphones, which is something I’ve never been able to do before.

Just like a mobile phone, Lauren has to charge the implant for 30 minutes each day. This involves plugging one end of a lead into a portable charging unit and attaching the other end magnetically to the implant under the skin behind her ear. A remote control is used to turn the implant on and off as well as controlling the volume.

The minute it was switched on I spoke and she lifted her head and had the biggest smile on her face. Watching her blossom and her confidence grow has been extraordinary.

Around 11 million people in the UK – one in six – are affected by some form of hearing loss and this is expected to rise to 15.6 million by 2035.

The implant is suitable for people with moderate to severe hearing loss who are unable to use conventional hearing aids because of ear canal infections, allergies to ear moulds or a closed ear canal.

Lauren was unusual in terms of her hearing levels and the difficulties she had with conventional aids. The Carina has been the ideal solution for her and provides 24/7 hearing. We hope to be able to offer Lauren a second implant for her other ear later this year.

It is a privilege to work in this field and be able to make such a difference to people’s lives. Every patient differs and as a team we work together to try and find the best solution for each individual.

Read more on the Guy’s and St Thomas’ website.