Omega-3 fish oil effective for attention for some children

Researchers have found omega-3 fish oil supplements improve attention among children with Attention Deficit Hyperactivity Disorder (ADHD) who have low levels of omega-3 in their blood.. 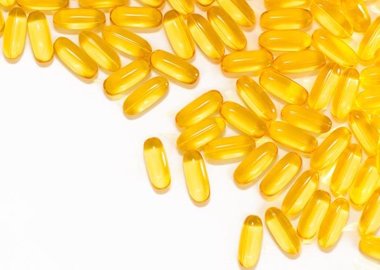 Researchers at King’s College London and China Medical University say their results bring a personalised medicine approach to psychiatry by demonstrating that omega-3 only works for some children with ADHD.  Previous research by the same group found that children with omega-3 deficiency are more likely to have more severe ADHD.

In a randomised controlled trial, 92 children with ADHD aged 6-18 were given high doses of the omega-3 fatty acid EPA (eicosapentaenoic acid) or a placebo for 12 weeks. The results are published in the journal Translational Psychiatry. The researchers found that children with the lowest blood levels of EPA showed improvements in focussed attention and vigilance after taking the omega-3 supplements. For those children with high pre-existing blood-levels of EPA, omega-3 supplements had negative effects on impulsivity symptoms.

Previous studies have found inconsistent findings of omega-3 supplementation on ADHD symptoms, with overall effect sizes being relatively small. Standard treatments offered to parents whose children have ADHD include stimulants such as methylphenidate. The effect size of improvement in attention and vigilance from methylphenidate is 0.22-0.42. In comparison, the effect sizes in the trial of omega-3 supplementation for those children with low blood-levels of EPA were larger, at 0.89 for focused attention and 0.83 for vigilance.

Our results suggest that fish oil supplements are at least as effective for attention as conventional pharmacological treatments among those children with ADHD who have omega-3 deficiency.

Our study sets an important precedent for other nutritional interventions, and we can start bringing the benefits of ‘personalised psychiatry’ to children with ADHD.

The study was carried out in Taiwan where diets often contain plenty of fish compared to diets in Europe and North America. Most studies of children with ADHD, conducted largely in Western countries, have shown average blood-levels of EPA that are lower than in the current study.

To find out more about the study, visit the King’s College London website.