Prof Richard Trembath has been appointed as Executive Director of King’s Health Partners Academic Health Sciences Centre (AHSC) and will begin his role on 1 September 2020. 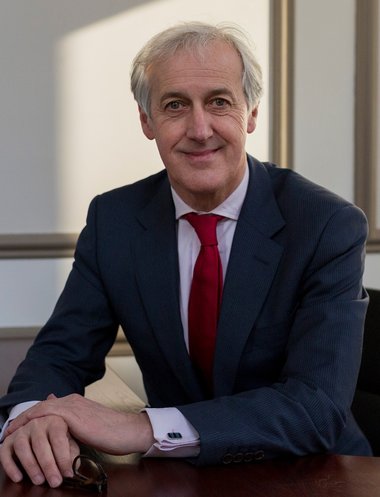 Prof Richard Trembath will take over from Prof Sir Robert Lechler as Executive Director of King’s Health Partners. Robert has held the role since the AHSC was established in 2009 and been instrumental in bringing together world-class research, education and clinical practice for the benefit of patients in South East London and beyond. Richard will also take on the role of Senior Vice President and Provost (Health) at King’s College London.

Richard is an internationally renowned clinician scientist through his work in human and medical genetics. He has been:

After 15 years at King’s College London and 10 with King’s Health Partners I will be stepping down at the end of August from my core roles.  I am delighted to hear that Professor Richard Trembath will be taking on both these roles and know that he is fully committed to King’s Health Partners mission in delivering better health for all through high impact innovation.

I am absolutely delighted to be appointed to the role of Executive Director of King’s Health Partners, a highly progressive AHSC, established over the last decade through the leadership of Professor Sir Robert Lechler. The work across the partnership will be crucial, not only as we progress population health improvement but to ensure we support NHS realignment, as we seek to emerge from the present pandemic. King’s Health Partners has such a rich array of talent to harness that I’m confident we will be able to address these challenges.

I am delighted that Professor Richard Trembath has been appointed. He comes with a wealth of academic leadership experience and in this new role, will enhance our position as a world-leading university and support the four partners in our Academic Health Sciences Centre to ensure improvements in health and wellbeing, locally and globally. I would also like to thank Professor Sir Robert Lechler for his exemplary service to King’s.