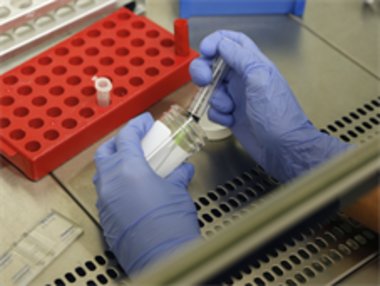 PFIC is a genetic condition which is caused by mutations in genes - first identified by Prof Thompson - that produce key proteins involved in the secretion of bile from the liver. Instead of being secreted, the bile acids build up in liver cells and blood of those affected, resulting in severe liver disease. A key symptom of the condition is severe itching, with many children with PFIC going on to require a liver transplant due to chronic liver disease, cirrhosis and liver cancer.

In this world-first randomised placebo-controlled Phase III trial in PFIC, named PEDFIC1, investigators tested the effects of the experimental drug Odevixibat in children with the condition. Firstly, the drug was noted to be well tolerated with minimal side effects and few children experienced diarrhoea, an anticipated complication of other PFIC treatments.

Compared to those receiving a placebo, children with PFIC that were given Odevixibat had significantly reduced itching as well as a marked reduction in bile acid in the blood. By tackling the elevated bile acids which are at the heart of PFIC, investigators are also hopeful that this drug could go some way to reduce the number of children needing liver transplants. Following these exciting results, Albireo Pharma is now looking to submit the drug for approval by regulatory agencies in both the US and Europe.

I am really pleased that the study has produced the results that we hoped for. The drug looks like it is capable of changing the natural history of the disease, not just improving the symptoms. Both are really important to the children and their families.

Liked this article? Read about an online tool that informs recovery prospects for sepsis survivors.