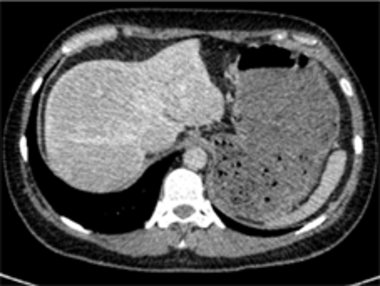 A team of researchers at King’s College Hospital NHS Foundation Trust in London has identified new clinical criteria to more accurately predict which patients with acute liver failure will most likely benefit from a liver transplant.

A study published in April 2021 in the Journal of Hepatology, reveals that higher levels of some micro RNA (miRNA) in the blood – tiny molecules present in all biological cells involved in the regulating gene expression – was a more accurate predictor of recovery from acute liver failure than currently used prognostic tools. These miRNA measure liver regeneration and recovery rather than liver damage, as measured by existing prognostic tests.

Using state of the art technology, the researchers studied samples from 196 living and deceased patients in North America who were diagnosed with acute liver failure following a paracetamol overdose. They found that patients who produced higher levels of these miRNA experienced higher levels of liver regeneration and were less likely to require a transplant. The findings are likely to apply to other causes of liver failure and could change the criteria by which decisions are made about how best to treat patients.

Through this study we have identified that a novel microRNA based prognostic model outperforms standard prognostic models in paracetamol-induced acute liver failure. These findings takes us a step forward in rapidly identifying the most appropriate course of treatment.

We know that for some patients, acute liver failure results in severe and critical illness. In these cases, early clinical prognostication is vital in determining the need for life-saving liver transplantation. Other patients, with similar levels of liver damage, recover without the need for surgical interventions. This is all down to the regenerative powers of the liver. If we are able to more accurately predict the patients whose liver will regenerate, we can avoid transplantation where it is unnecessary and carries an element of risk and frees up valuable organs for those in desperate need.

The Institute of Liver Studies at King’s College Hospital NHS Foundation Trust is globally renowned for its work in the research and treatment of liver conditions. It published the current and still widely used prognostic criteria known as the King’s College Criteria in 1989, defining early indications of poor prognosis in patients with acute liver failure. These criteria looks at the level of damage to the liver, measured by standard blood and clinical markers including bilirubin (a yellowish substance in the blood that passes through the liver) clotting and encephalopathy (altered mental status). By contrast, the new criteria looks at levels of miRNA in the blood in combination with widely available blood tests and clinical parameters.