Professor of Diabetes Research awarded a Robert Turner Award for her remarkable contribution to diabetes research and education. 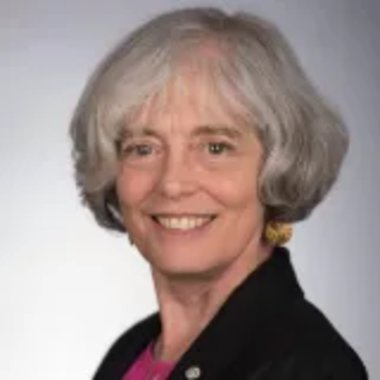 The award is presented annually by leading charity, Diabetes UK. Prof Stephanie Amiel describes her research and what receiving the renowned award means to her.

Prof Stephanie Amiel, please tell us about yourself and role at King’s Health Partners.

I am Professor of Diabetes Research at King’s College London School of Life Course Sciences. I’m an experimental medicine researcher and a clinical diabetes physician. I use multiple methods to investigate clinical problems in diabetes therapies, including hypoglycaemia in insulin therapy, the role of the brain in the control of peripheral metabolism, and the impact of black African ethnicity on the metabolic derangements that lead to type 2 diabetes.  I work collaboratively with colleagues in neuroimaging, nutrition, psychology, and education and transplantation to improve outcomes particularly for adults with type 1 diabetes.

What does receiving the Robert Turner award at the Diabetes UK conference mean to you?

I was honoured to be considered a worthy recipient of the award – not least because Diabetes UK is a patient and professional organisation that has done, and continues to do, so much to support people with diabetes and their families. A clinical academic career is demanding but also great fun, and the joy of discovery is its own reward. But ultimately, the dream of every researcher is to have their research make a difference, and that my peers and my community think that I have been able to achieve this is just wonderful.

There are so many people to whom I owe thanks and without whom I would have not been where I am today. I cannot list here all the amazing research fellows, collaborators, nurses, clinicians, scientists, neuroimagers, radiologists, surgeons and psychologists who have made my work possible, but Patrik Choudhary, my one-time lecturer and now Professor in Type 1 Diabetes and Technology, has been a wonderful colleague who deserves a special mention, as does the whole of the Diabetes Team at King’s College Hospital NHS Foundation Trust and the patients it serves.

How did you come to conduct the first successful islet transplant in the UK in 2005, and can you tell us about why this is important for type 1 diabetes?

In improving defences against hypoglycaemia, I have investigated pharmacology; educational strategies,  technology and cell transplantation therapy, culminating in a current trial of novel intervention using psychology to address cognitions around hypoglycaemia to help people with particularly problematic blood sugar levels. But attempts to restore to people the islet cells that were destroyed by their diabetes, and effectively cure the diabetes, is a long-desired goal.

What impact has your research had on improving outcomes for patients in south east London and beyond, and how do you see this impact growing in the future?

By 2008, islet transplants were made available on the NHS for some people with type 1 diabetes. We do not do many, as we have developed other ways to reduce hypoglycaemia burden but they can be lifesaving with powerful benefits, such as fewer severe hypos, regaining hypo awareness, and safer blood glucose levels.

Along the way, I have also used the techniques developed to study hypoglycaemia to look at other issues in diabetes that matter to our local community in south east London – the impact of insulin resistance, obesity, and surgery on food intake and appetite control; the interaction between diabetes in mental health in determining diabetes outcomes; improving outcomes in diabetes pregnancy and the impact of ethnicity on metabolic regulation and dysregulation in early diabetes.

What role has King’s Health Partners played in facilitating your research or supporting your work?

There are a number of colleagues across King’s Health Partners and beyond who have supported my work. I would like recognise my mentors, including the late Prof Harry Keen of Guy’s and St Thomas’ NHS Foundation Trust, and Prof Robert Sherwin and Prof William Tamborlane of Yale from whom I learned so much.