Recognitions across the partnership

Prof Sir Simon Wessely, Institute of Psychiatry, Psychology & Neuroscience (IoPPN), King’s College London, has been elected to the Fellowship of the Royal Society and Prof Thalia Eley is one of 50 new Fellows to be elected to the prestigious Academy of Medical Sciences 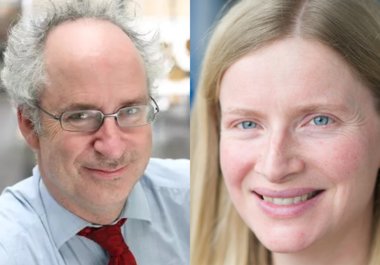 Prof Sir Simon Wessely is a leading academic psychiatrist, appointed to the first ever Regius Chair of Psychiatry in the country. He is renowned for his work changing our understanding of medically unexplained symptoms, and how we manage psychological trauma. This includes research into the health and wellbeing of our Armed Forces.

Prof Sir Wessely has ensured that his research impacts on policy and services. He was previously a highly successful President of the Royal College of Psychiatrists and was requested by the Prime Minister to lead a critically important review of our mental health legislation and linked services, which is now being implemented. He is one of the most recognised media voices on mental health and was the first recipient of the John Maddox Prize awarded by Nature for "Standing up for Science".

The Fellowship of the Royal Society brings together many of the world's most eminent scientists and is the oldest scientific academy in continuous existence.

Each year up to 52 Fellows and up to 10 Foreign Members are elected from a group of around 800 candidates who are proposed by the existing Fellowship, in recognition of their exceptional contributions to science, engineering and medicine.

On his election to the Fellowship, Prof Sir Simon Wessely said:

It’s a cliché to say one is “surprised and delighted”, but just because something is a cliché doesn’t mean it is not true. Because that is how I feel. It is an unbelievable honour to join the ranks of Fellows of the Royal Society, and I am afraid that there is no alternative but to resort to another cliché, which is to thank all my colleagues and collaborators over a very happy 30 years at King’s College London, and without whom this would never have happened.

Prof Thalia Eley joins 49 other prominent biomedical and health scientists (including Prof Mauro Giacca from the Faculty of Life Sciences & Medicine, King’s College London) elected as new Fellows of the Academy of Medical Sciences. The new Fellows were selected for their exceptional contributions to the advancement of medical science through innovative research discoveries and translating scientific developments into benefits for patients and the wider society.

Thalia Eley is Professor of Developmental Behavioural Genetics at the Social, Genetic & Developmental Psychiatry Centre, King’s College London. She runs the Emotional Development Intervention and Treatment Lab (EDIT Lab) and is particularly interested in understanding predictors of the development

I am really honoured and delighted to become a Fellow of the Academy. It is a privilege to have the opportunity to work with other Fellows across the Medical Sciences. I hope to support work promoting earlier and better intervention for those with common mental health problems.

Prof Eley has written more than 200 empirical papers and received numerous awards including the Spearman Medal from the British Psychological Society, the Lilly-Molecular Psychiatry Award, and the James Shields Lifetime Achievement Award from the International Society for Twin Studies.

The Academy of Medical Sciences are the independent body in the UK representing the diversity of medical science, with a mission is to advance biomedical and health research and its translation into benefits for society.

Liked this article? Discover how you can help support people living with serious mental illnesses with their physical health.