The lead for The King’s Motor Neuron Disease Care and Research Centre shares how their team’s advances in research are improving outcomes for patients. 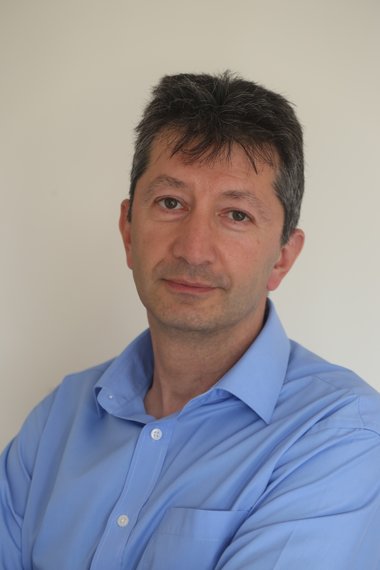 Motor Neuron Disease (MND) is the name for a condition that affects the messages sent by nerve cells in the brain and spinal cord that allow you to control your muscles. Over time MND causes a breakdown in this communication, which then causes muscles to weaken and stiffen, leading to paralysis and death within about three years. There is no cure. Around one in every 300 people will develop MND during their lifetime and at any one time there are 5,000 people suffering in the UK.

The King’s Motor Neuron Disease Care and Research Centre is the first specialist centre for MND in the UK and brings together both clinical and academic expertise from King’s College Hospital NHS Foundation Trust and King’s College London. As part of this year’s Global MND Awareness Day, which took place on 21 June 2021, we met with the Centre’s Director, Prof Ammar Al-Chalabi, [pictured right], to learn about the advances in MND research at King’s Health Partners.

What is your role within King’s Health Partners Neurosciences?

Please tell us about the Motor Neuron Disease Care and Research Centre?

Part of the work of the Centre is to try and understand the answers to questions we have about how MND first occurs in people and why. For example, for some people their first symptoms are noticeable when their speaking and swallowing starts to go wrong. For others, MND symptoms start with foot drop (where weakness in the muscles make it difficult to raise the foot) or hand weakness.

Why do people experience these kinds of differences?

For a proportion of people, about 5-10%, there will be a genetic basis for their MND. They will have carried this genetic information since birth, but their symptoms may not start until they are in their 50s, 60s or even into their 70s, and we do not know why that is. We are trying to understand the answers to those kinds of questions.

A good example of how the Centre works is looking at how we have developed work in genetics. For example, many years ago, six different trials were run internationally looking at whether using lithium could be an effective treatment for MND. The results concluded it was not. However, when a few of us got together and had a closer look, this time asking whether there were genetic differences between people in the trial on the active drug, and people on the placebo, we were able to explore how genetic changes can affect the progression of the disease.

Further examination of the results showed that for one particular genetic change there was a good response to lithium. This finding meant the patients had a less aggressive form of MND than they would have known otherwise. We now have a phase three clinical trial where we are identifying people who have this specific genetic change and then randomly allocating them to take lithium or not so we can measure the effect and see if it is really true.

To support this kind of research we are part of an international project called Project MinE, which colleagues in the Netherlands and I have set up. The project hopes to sequence 20,000 whole genomes specifically to look at genetic causes for MND. So far we are just over halfway in reaching that target and all the data is publicly available to help research.

We also have some gene therapy trials progressing that are commercial studies where we are looking at editing people’s genes. The idea is if people have a specific genetic change, you might be able to correct it, and if it’s causing MND you could reduce the severity of the disease overall.

How is your team seeking to improve outcomes for people with MND?

To be able to improve things for people MND, you have to understand not only what is causing it, but also what makes some people have a more aggressive form of the disease than others. To do this, you need to know how to measure the disease in patients. If you are not able to do that accurately, you are not going to be able to know whether your treatments will work or not. At King’s College London we have:

Finally, one thing that really helps us improve outcomes for patients is the way that we deliver our clinical trials. In the past we would decide that we want to do a trial, we would then apply for funding, which can take months - sometimes years - to come through and then advertise and hire a team to do the study. If unfortunately, the drug you are trialling does not show any benefit, then you would lose both your team and all the information as well. Then when the next study comes along you start the process all over again, it is very inefficient. A much better way of doing of delivering effective clinical trials is to have a perpetual trial that you can add drugs in and out of over time. We have two of these now in MND, one called MND Smart (developed by colleagues in Edinburgh) and the other called TRICALS (developed with colleagues across Europe). Both of these are international efforts to deliver trials differently and allow us to work with partners across Europe, Australia, the USA and Canada to continuously capture information about what works and what does not.

TRICALS in particular has a very important component in that it is not just about clinical trials. It is also about how to understand how best to measure patients, which means we were able to stratify patients and use more personalised medicine approaches. It allows us to use remote assessment tools and also captures more information overall about patients within a trial, so that when a trial is over, and even if the drug was not found to be beneficial, we have plenty of useful information to learn more about the condition and make the next attempt better. This means that a person’s time and effort in coming into the clinic and taking part in the trial is not lost like it was before.

What do you think has had the most positive impact on patients this past year?

I have been working with MND for almost 28 years now and in that time there has typically been about one clinical trial per year. Right now, we have ten trials either being set up or discussed. There has been a massive increase recently in the interest of MND as something that may in fact be treatable. Part of the reason for that is these gene therapy trials that are in progress. We know that in spinal muscular atrophy, a form of childhood MND, that this therapy does work so there’s a lot of hope that in adult MND that might also be true. We also have huge interest from both the pharmaceutical industry and from several academic studies. This means that we are able to try new treatments much faster than we could before.

What will your team be focusing on in the coming years?

We have just received a £2.3 million grant from the National Institute for Health Research (NIHR) for a clinical trial; alongside this we have numerous other clinical trials in setup, so I'm particularly looking forward to doing those and hopefully finding a more effective treatment.

We are also working with three MND charities; the My Name’5 Doddie Foundation, the MND Association and MND Scotland; as well as working with patients and other centres across the UK to bid for significant funding from the government to fund a UK-wide MND research institute. I’m looking forward to that hopefully being a successful bid and really transforming the way we do MND research across the country.

What does your team value most about being part of King’s Health Partners?

For me, as a clinician and an academic, what I value the most is that we have the full translational pathway available here. I have patients in clinic who can directly take part in our research and our research can then directly feed back into better patient care. The two things are not separate, they are all part of one system, and you can only get that from an institution like King’s Health Partners.

At King’s Health Partners Neurosciences we are using our collective expertise to become a global top ten Neurosciences Institute, demonstrated through excellence in research, education and clinical practice.