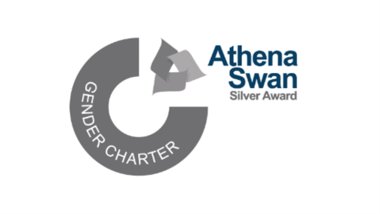 King’s College London is deeply committed to being an inclusive employer and educator where all can flourish. This award underlines their commitment as well as the work taking place throughout the university’s faculties and departments, including:

I am delighted that Advance HE is recognising our work to advance gender equality. This success is a truly collective effort that recognises the progress made in improving gender equality at King’s College London and the steps we continue to take. It is a real achievement for everyone at the university. My congratulations to all of my colleagues who have worked so hard to ensure we deliver on and maintain our commitment to gender equality.

My special thanks go to our Athena Swan Leadership and Action Team, Professor Evelyn Welch, Provost (Arts & Sciences) and Dr Martin Kirk, Operations Director (Research & Researchers), who, with superb leadership from Helena Mattingley Head of Equality, Diversity and Inclusion and Sarah Guerra, Director of Equality, Diversity and Inclusion have been expert stewards of the journey to achieve this award.

The application process for an Athena Swan award requires substantial effort, including completing a self-assessment document that reflects on quantitative and qualitative analysis, results of surveys of staff and students, and progress made against any previous action plan and impacts of previous actions. Each submission also includes, based on the self-assessment, an action plan to make real improvements in gender equality over the next five years.

I am incredibly proud that our work over the past few years, culminating in our submission in April last year, has been recognised with this award. It is important that this is seen as an award not just for the university, but for everyone who works at King’s College London, whose bravery in facing very tricky home truths has meant we face inequality head on, and we will continue to do so.

Athena Swan provides a well-recognised HE wide, rigorous, and transparent means of understanding and progressing gender equality across the university. King's College London commitment to gender equality has long been recognised, the university has held a Bronze award since 2008, in recognition of our aspirations towards gender equality. Since then, nine Bronze and six Silver awards have been awarded at departmental and faculty level, as well as a university Bronze renewal in 2016.

Advance HE members can apply for institutional and departmental Athena Swan awards that recognise their specific gender equality efforts, and this accreditation is valid until June 2026. As a world-leading university dedicated to academic, educational and research excellence, King’s commitment to enhancing intersectional gender equality and equality, diversity and inclusion overall are central to the university’s mission and the university has adopted the Advance HE Athena Swan self-assessment framework as part of its Equality, Diversity & Inclusion Strategy.

Intersectional Equality, Diversity and Inclusion is critical for our success as a university and we are completely committed to ensuring equity and equality for staff and students alike and to creating a welcoming and flexible culture for all. We are delighted to be conferred with the Athena Swan Silver accreditation which has given us the opportunity to review areas of current good practice, progress we have made, and identify areas for development and improvement. Achieving our ambitions in relation to Equality, Diversity and Inclusion is challenging and we know we still have much to do. I am committed and excited to lead us in developing the ideas and initiatives set out in our submission that is our roadmap towards improved intersectional gender equality and ultimately gender parity.

There is still more to be done, but I have every confidence that we will make further significant steps as we continue our journey forward in our equality work.