World's largest study on ‘Long-COVID’ in children and young people

Findings from the study, supported by King’s College London, suggest that up to one in seven children and young people who caught COVID-19 may still have symptoms 15 weeks later.

The Children and young people with Long-COVID (CLoCk) study is the world’s largest study on ‘Long-COVID’ in children, led by UCL and Public Health England researchers, with collaboration across multiple universities in the UK, including King’s College London. 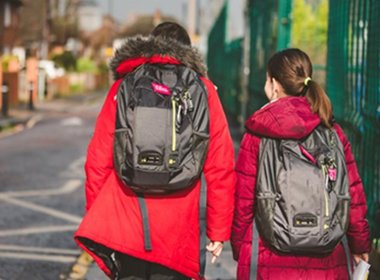 For the study, funded by the UK’s National Institute for Health Research (NIHR) and UK Research and Innovation (UKRI), researchers surveyed 3,065 11- to 17-year-olds in England who had positive results in a PCR test between January and March as well as a matched control group of 3,739 11- to 17-year-olds who tested negative over the same period.

This data suggested that, over seven months between last September and March, at least 4,000 and possibly 32,000 teenagers of the total population of 11- to 17-year-olds who tested positive in England may have had multiple (three or more) symptoms tied to COVID-19 infection after 15 weeks.

The lower estimate (at least 4,000) relates to the scenario in which only the teenagers who responded to the survey had any persisting problems and those who chose not to respond the survey had completely recovered. This would mean that across England during those seven months, 4,273 11- to 17-year-olds would still have three or more physical symptoms 15 weeks post-test and 2,137 would have five or more symptoms physical symptoms 15 weeks post-test.

These figures are over and above the background symptom levels of teenagers in the control group who tested negative.

There is consistent evidence that some teenagers will have persisting symptoms after testing positive for SARS-CoV-2. Our study supports this evidence, with headaches and unusual tiredness the most common complaints.

The difference between the positive and negative groups is greater if we look at multiple symptoms, with those who had a positive test twice as likely to report three or more symptoms 15 weeks later.

This suggests that number of symptoms should be considered when clinicians seek to define ‘Long-COVID’ in children.

Parents and young people are understandably concerned about the risk of long-term symptoms following SARS-CoV-2 infection. This large study, part of NIHR’s nearly £40 million investment into Long- COVID research, helps to quantify that risk and indicates that multiple ongoing symptoms may be a useful measure for long COVID-19.

Liked this article? Read more about our latest COVID-19 research.