Do-it-yourself artificial pancreas given approval by team of experts

More than 40 healthcare professionals and legal experts have issued the first guidance of its kind to support people with type 1 diabetes using do-it-yourself (DIY) technology driven systems to manage their condition. 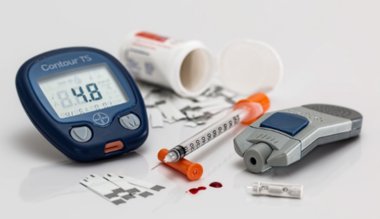 The paper was co-led by King’s College London and Guy’s and St Thomas’ NHS Foundation Trust. It sets out recommendations that allow health-care professionals to support DIY artificial pancreas systems as a safe and effective treatment option for type 1 diabetes.

The work is published today in The Lancet Diabetes & Endocrinology and endorsed by nine professional diabetes organisations including the International Diabetes Federation. Patients say using the technology has been a “revolution and a revelation” which has had positive impacts on their wider health.

The medical and legal position of do-it-yourself and citizen science approaches have been subject to a lot of debate and uncertainty.

This paper not only clarifies the position for do-it-yourself artificial pancreas systems in diabetes as a safe and effective treatment but sets a precedent for achieving an international professional consensus for other treatments based on user-driven do-it-yourself technologies and innovations.

Traditional monitoring of type 1 diabetes involves taking blood samples from the fingertips several times a day and calculating precise injections of insulin to maintain blood sugar levels. This can be a time-consuming and stressful method, but according to the paper’s authors, more than 10,000 people worldwide are choosing a different approach, and the number is growing.

The authors note that such systems aim to reduce both hypo- and hyperglycaemia, but can also improve glycaemic and long-term health outcomes, reducing diabetes distress and burden, and improving sleep quality.

A limited number of commercial versions of these systems have recently been approved by regulators, but they can be expensive and are accessible only in certain countries. In June 2021, then NHS England Chief Executive Sir Simon Stevens announced up to 1,000 patients would benefit from a pilot of the innovative closed loop technology with approved commercially available systems. However, these systems are not accessible by most globally and work with limited devices that do not allow customisation, which is necessary for some people living with type 1 diabetes.

Instead, DIY systems are a product of citizen science that have been co-created by people living with diabetes. These systems are not regulated. However, today’s landmark paper provides professional validation and clear recommendations for their use.

At least 20% of DIY system users are children or adolescents, although use in pregnancy and the elderly is also widely noted. For many families and users, use of an AID system improved quality of life for caregivers, allowing carers to remotely monitor their condition.

'It's been a revolution and a revelation' 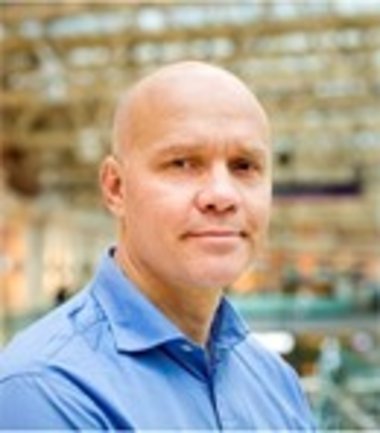 Dominic Nutt, 54 from south west London [pictured], was diagnosed with diabetes aged 15. He has a personalised algorithm that works with his glucose monitor to control his insulin doses from his pump. He manages the process through a smartphone, putting in when he eats carbohydrates or exercises, as this affects his blood sugar.

I’m not a techie at all, but since I was diagnosed, I’ve always been excited to try the latest developments as soon as they’re available. A friend put me in touch with someone who could help me to personalise the algorithm to my diabetes and my insulin pump. I then worked with Dr Hussain who helped me to make it work for my diabetes and the technology I was already using.

It’s been a revolution and a revelation. The swings in my blood sugar have gone. I used to have severe hypos needing emergency care about once every six months – my kids got used to having to talk to the paramedics. Now that never happens, my blood sugar is under control, which has wider health benefits as well, plus I’m feeling fitter and stronger, and I don’t have to eat as much sugar to control my blood sugar.

The emotional weight that has been lifted is huge. I still have to think about my diabetes sometimes, but it’s not the daily grind it used to be. It’s exciting that now there’s more of an opportunity for others with diabetes to get the kind of personalised advice that I’ve had.

JDRF UK welcomes this international consensus which is profoundly important to people who use Do-It-Yourself technology systems to manage their type 1 diabetes.

This international guidance has wider implications: citizen led science has been shown to up-end the traditional treatment pathway which is traditionally research trials, followed by regulatory approval, followed by clinical guidance and then patient uptake.  Dr Hussain's work provides a new blueprint in developing an international consensus for healthcare guidance in the field of citizen and user development of health treatment technology.

Liked this article? Read more about the important work King’s Health Partners is doing to address challenges associated with diabetes and obesity here and here.