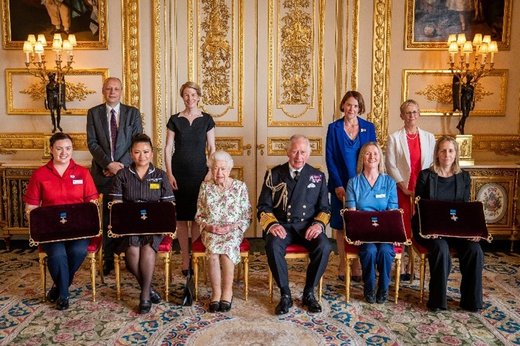 The Queen awarded health leaders from the four UK nations at a ceremony at Windsor Castle on Tuesday 12 July, in recognition of the efforts of all NHS staff, past and present, during the COVID-19 pandemic.

The Queen was joined by Prince Charles at the ceremony, marking only the third occasion on which the George Cross has been awarded to an organisation rather than an individual. 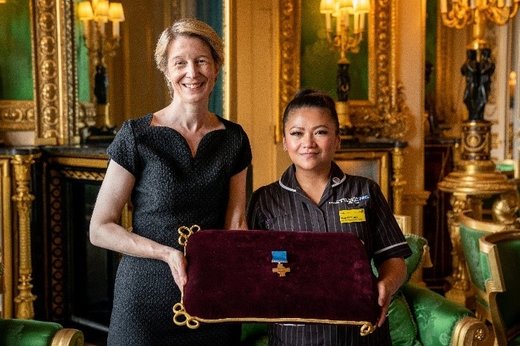 Joining alongside the chief executives of NHS England, Wales, Scotland and Northern Ireland was May Parsons, the nurse who delivered the world's first vaccine outside of clinical trials on 8 December 2020. The Queen said the vaccine effort which began on that day was "amazing" as she celebrated the achievements of the NHS.

NHS England Chief Executive Amanda Pritchard paid tribute to those who worked on the front line, stating the vaccine programme saved hundreds of thousands of lives.

She said she was honoured to attend on behalf of workers:

Under the most difficult of circumstances during the pandemic, our staff responded magnificently

Before joining NHS England and NHS Improvement in 2019 Amanda Pritchard served as Chief Executive of Guy’s and St Thomas’ NHS Foundation Trust. She told the Queen that the medal will go on a tour of the NHS before a permanent home is found. 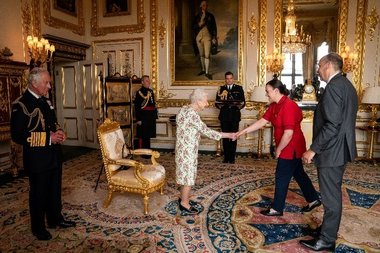