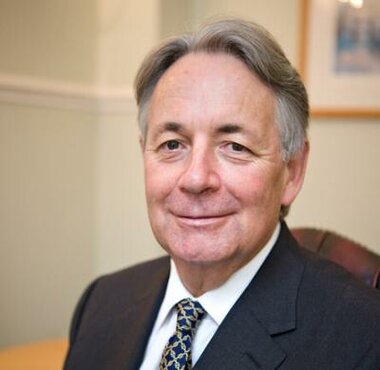 Charles has had a long and distinguished career working at board level across a number of different sectors, including the roles of Managing Director of international corporate and project finance at NM Rothschild, and President of GE Capital Europe. He is currently Chairman of VIVID Housing, a leading Housing Association and Housing Development Company in southern England, a role he has held since July 2021.

Charles has also served on a number of other boards including at the English National Opera and as the Lead Non-Executive Director at the Department of Culture, Media and Sport. He is a strong supporter of the arts, and chairs The Countess of Munster Musical Trust and the musical charity Opera Rara. He spent 6 years volunteering with Trinity Hospice, providing support to patients and families at the end of life, and he was made a CBE in 2022 for his services to culture and health.

On being appointed to the role in July, Charles Alexander said:

It is a great privilege to have been entrusted with this position by the Councils of Governors of two of London and the UK’s most distinguished healthcare institutions. I share the values and ambitions of both as they take forward their plans for better healthcare for all in the communities they serve. I greatly look forward to meeting patients and staff of both Trusts on the ground to experience first-hand the outstanding service they provide.

Along with the rest of the Board, I am delighted to welcome Charles to King’s, and look forward to working closely with him to deliver our strategy. Charles will bring a wealth of experience to our organisations and, as we emerge from the pandemic, his experience will be invaluable as we explore and adopt more innovative ways of working. Alongside colleagues at Guy’s and St Thomas’, we are working hard to provide the very best care to patients across South East London and beyond.

Additionally, I would like to thank Hugh for the superb leadership he has provided over the last three years. Hugh has been a key part of our improvement journey at King’s since 2019, and I know how committed he is to seeing the Trust deliver further improvements for our brilliant staff, as well as our patients, and the communities we serve.

I am delighted to welcome Charles to our organisation, and look forward to working with him as we take forward our ambitious agenda. Working together with colleagues, both at King’s College Hospital and more widely across London, we have a real opportunity to transform the care we provide to our local population.

I would also like to thank Hugh for his long and dedicated service to Guy’s and St Thomas’. Under his leadership over the past 12 years, the Trust has gone from strength to strength and grown significantly. Hugh has made a huge contribution to our Board, our organisation, and to our local communities, and is widely respected across the NHS.

The appointment of the new Chairman was made jointly by the two Trusts and confirmed at special meetings of both Councils of Governors on 1 July. This followed a recruitment process and recommendation led by the two nominations committees who formed a Committee in Common for this purpose.