Mind and body: building the evidence base 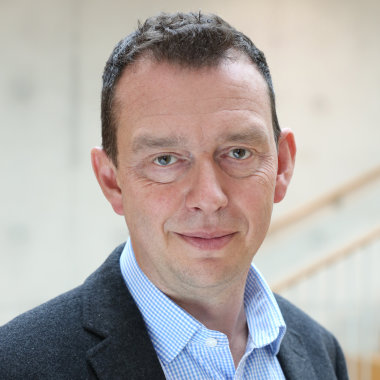 Professor Matthew Hotopf is Director of the NIHR Biomedical Research Centre at South London and Maudsley NHS Foundation Trust. He is a liaison psychiatrist and his clinical and research interests include conditions overlapping medicine and psychiatry, such as medically unexplained symptoms and the psychiatric consequences of physical disease.

Why is mind and body research important?

As with most areas of healthcare, research allows us to generate evidence to quantify the scale of a problem and then find better ways to address it. Lots of work has gone on here at King’s Health Partners and elsewhere to show the increased mortality in people with a severe mental illness. By undertaking research, we have been able to produce incredibly powerful data. For example, we are able to say that the mortality rates from having a disorder such as schizophrenia or bipolar are as bad or worse as many cancers. And that really focuses minds.

The research and clinical agendas are often very closely aligned, and both depend on the use of data science to understand better groups of people and individuals. We have used research to demonstrate that the poor physical health of people with mental disorders is often due to lifestyle behaviours such as smoking, drinking or lack of exercise. So we can start to make a case for what the public health response should be – but we can’t do that without the data. This is also critical for clinical services to be able to see how they are doing, for example monitoring the smoking rates of people with severe mental illness (SMI) or the outcomes for people with depression and a physical health problem.

Research is also a vital part of developing new health interventions for people with a specific combination of conditions. You need to generate evidence that a particular intervention can help improve health outcomes and use data to refine the approach if not. For example, the work at King’s Health Partners to improve care for people with diabetes and depression has been impactful because it has been able to clearly evidence improved mental and physical health outcomes as a result.

There is also a deeper set of questions about why certain physical conditions are particularly associated with mental health problems and vice versa, and how we use this information to inform new approaches to care. One current area of interest is in immuno-psychiatry, which is exploring the relationship between the immune system and mental health. There is lots of evidence that people with depression have a raised immune response, and that certain disorders associated with inflammation have higher levels of associated depression. So there is a lot of work being done to look at whether new treatments that dampen down the immune response also have an impact on depression, which could then influence treatment of depression in its own right.

It is still fairly early days for mind and body research in many respects. If you take an issue such as mortality associated with SMI, then we can confidently say that we have identified the problem and some of the possible solutions. However, given the nature of the challenge, we’re still some way from knowing exactly how effective these solutions are.  It may seem obvious, but people with SMI are more likely to smoke then people without, and when they do smoke, their addiction to nicotine is stronger. One of the common assumptions made is that people with mental illness don’t want to stop smoking. That’s not true, the evidence shows that they do, but that they find it harder to stop smoking because their addiction is stronger. So we are actively looking at different approaches to treating nicotine addiction in people with SMI, for example using e-cigarettes as a means of substituting one form of delivery for another which is less harmful. But we don’t yet know what impact that will have on mortality in the long run, so there is still a lot left to be unpacked.

Similarly, colleagues working with patients with long term physical health problems and associated mental illness have identified problems and solutions that works in the short term, but we will need to monitor long term health outcomes to get a more complete understanding of the effectiveness of our interventions.

It is clear that evidencing the long term effects of interventions as well as developing new interventions will continue to be a central part of mind and body research. However, if we are thinking ambitiously about transforming care, we also need to adjust the conversation slightly so that we are addressing wider issues around the relationship between patients and care providers. We should be getting into the realm of trying to encourage people to manage their mental and physical illness better, and thinking about what tools people need to do this. I think that the mental health world actually has a lot of learning to share with physical health colleagues around how to support people to understand and self-manage their own condition.

With the recent increased funding for our partnership’s two NIHR Biomedical Resource Centres, we have a real opportunity to build on our track record of joint training schemes, projects and fellowships and continue to work collaboratively to improve mind and body healthcare.