Are we reaching parity of esteem? 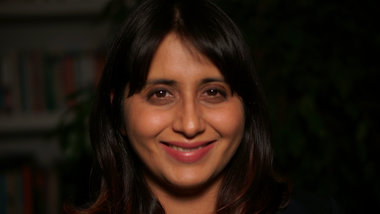 Dr Jayati Das-Munshi is a Clinician Scientist and Honorary Consultant Psychiatrist based at the Institute of Psychiatry, Psychology & Neuroscience (IoPPN) at King’s College London. In this piece she writes about a study in which electronic health records uncover inequalities in mind and body when it comes to severe mental health problems and diabetes.

‘Parity of esteem’ is the idea that mental health should be as much of a priority as physical health, but the ambition seems a long way off. People with severe mental health problems experience a 15 to 20 year reduction in life expectancy, and this is mostly due to preventable physical causes. The amount that life expectancy is shortened has been likened to having cancer. This is tragic.

Conditions like type 2 diabetes might play an important role. Previous research has shown that people living with psychosis are much more likely to have type 2 diabetes . But this association in ethnically diverse populations is much less understood.

Nationally representative surveys tell us type 2 diabetes is already more prevalent in Indian, Pakistani, Bangladeshi, Black Caribbean and Black African people in England, compared to White British people.  Outside of the United States, there have been very few studies which examine how much the link between severe mental health problems and type 2 diabetes changes in ethnically diverse populations. Most previous work has relied on small hospital samples, which tend to focus on individuals with more pronounced psychiatric symptoms.

We examined the prevalence of type 2 diabetes in people with severe mental health problems (conditions such as schizophrenia and bipolar affective disorder), using over half a million primary care UK electronic health records, in a cross-sectional survey study design. A well-defined part of London (boroughs of Lambeth, Tower Hamlets, Newham, Hackney & City), notable for its ethnic diversity, provided electronic health records from 98% of the area’s general practices.

As the majority of the UK is registered to primary care, our study had better coverage of the general population than previous studies where investigators focused on hospital populations.

Views expressed are my own.