King’s Health Partners and Buddi Ltd., a high growth British technology company, were awarded a grant from Innovate UK, part of the Department for Business, Innovation and Skills, to collaborate in the development of nujjer, a digital diabetes prevention programme spanning mind and body care. 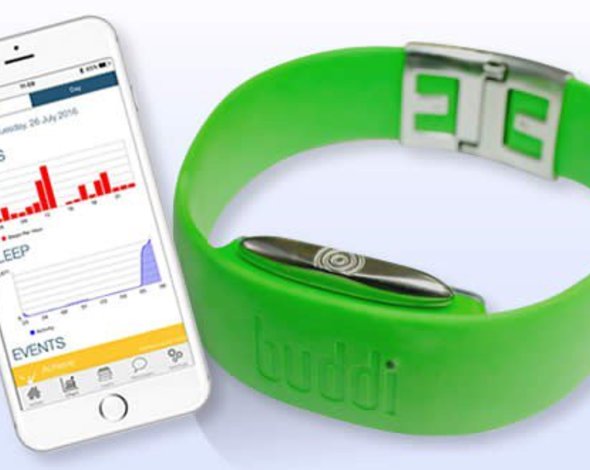 Current estimates indicate that more than 1 in 3 of the UK adult population have ‘prediabetes’, meaning they are at an increased risk of developing type 2 diabetes. This equates to around 15.4 million of the adult population in England.

Patients with prediabetes are at a critical point where rapid intervention to promote lifestyle changes can help prevent the onset of diabetes and thereby avoid medication and associated health complications.

With type 2 diabetes causing around 22,000 early deaths in the UK each year and costing the NHS £1 million per hour, preventing people from progressing to the disease has become a vital venture.

Our programme combines a highly sensitive wristband, which enables tailored motivational feedback on individuals’ unique data, a series of educational modules available within an app and personalised motivational messages. It aims to assess whether progression to diabetes can be halted and then sustained through the use of wearable technology and personcentred apps and messaging.

The programme began in September 2016 and is the first example of a commercial technology company working with the NHS to test prevention of type 2 diabetes using wearable technology in this way. We are aiming to demonstrate that a wearable technological intervention coupled with personalised motivational information can reduce weight and increase physical activity; the two important risk factors for type 2 diabetes. The project is developed and grounded in a theoretical psychological framework and will include an element of Motivational Interviewing, a collaborative, goal-oriented method of communication which pays special attention to the language of change.

It is designed to strengthen an individual’s motivation toward a specific goal, such as reducing weight or increasing physical activity, by eliciting and exploring the person’s own arguments for change.

In March 2017 nujjer was long-listed by Public Health England and NHS England for their evaluation of digital behaviour change interventions for those at high risk of type 2 diabetes.