Spotlight on our International Parkinson’s Centre of Excellence: Part One 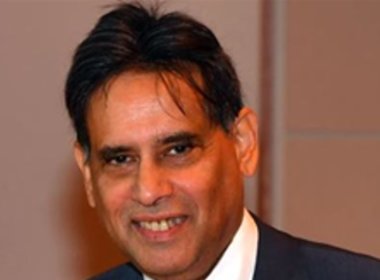 The National Parkinson Foundation Centre of Excellence at King’s College Hospital and King’s College London offers integrated clinical and academic services for patients with Parkinson’s disease. The Centre has the ability to quickly and effectively translate research outcomes into patient care. It has the added benefit of being linked to an active patient group, Community for Research Involvement and Support by People with Parkinson’s disease (CRISP PwP), who help shape its research.

The Centre is one of only two in the UK, and 14 globally, to receive the status of Parkinson Foundation Centre of Excellence for the treatment and research of Parkinson’s disease. The Centre first received this status in 2013, which was renewed again in 2019 following an independent review.

Ahead of World Parkinson’s Day on April 11, we spoke with Prof K Ray Chaudhuri in a two-part interview to learn more about the Centre’s pioneering, innovative and historically neglected research into the non-motor symptoms (those unrelated to movement) of Parkinson’s disease.

Please tell us about yourself and your role at King’s Health Partners.

My name is K Ray Chaudhuri, I am a Professor of Neurology and Director of the Parkinson Foundation Centre of Excellence at King’s College Hospital and King’s College London. My team spans across neurosciences, neuropsychiatry and psychology, nursing and therapies and provides a full spectrum of services for bespoke, holistic and personalised care.

Please tell us about the history of Parkinson’s disease and your area of focus.

Two hundred years ago, Dr James Parkinson, a London apothecary and surgeon, as well as a noted geologist, published the seminal essay titled An Essay on the Shaking Palsy or paralysis agitans. This became known as Parkinson’s disease and more recently is referred to as “people with Parkinson’s” or the “Parkinson’s syndrome”, as proposed by our own research here at King’s College Hospital NHS Foundation Trust.

The astute observations that Dr Parkinson made on the behavioural, sleep, and autonomic aspects of Parkinson’s disease, such as drooling, constipation, as well as pain, are now recognised as the non-motor symptoms of the disease. The importance of these aspects, after the concept was neglected for years, has been highlighted by research from King’s College Hospital NHS Foundation Trust and my group, with multiple international collaborations in this area since the early 2000s.

We have led internationally recognised and ground-breaking research involving our local multi-ethnic population of people with Parkinson’s disease, focusing on the non-motor aspects in Parkinson’s disease, a key unmet need. Our research has identified that the concept of Parkinson’s disease needs to be altered. The condition needs to be recognised as a syndrome involving several neurotransmitters, not just dopamine, that affects virtually every organ of the body in some way. This concept is considerably different even from what we believed even two decades ago.

Our research is focused on tangible and people-based care delivery models and we are one of the major centres in the UK and globally to also lead work on the impact of Parkinson’s disease in ethnic minorities, particularly Black and Asian patients. We also aim to empower patients and have formed the first nationally recognised expert patient group for Parkinson’s disease called CRISP, PwP.

Our innovative people-based research, as well as care delivery using a unique personalised medicine approach, enabled by virtual and artificial intelligence-based techniques, means our Centre received the prestigious Parkinson Foundation International Centre of Excellence award in 2013. Personally, I was delighted that there was global recognition for our work, as also evidenced by the prestigious US van Andel award we received in 2018, along with an award from National Institute for Health Research (NIHR) and UK Royal Colleges of Physicians.

Please could you describe the research you are involved in at King’s Health Partners Neurosciences?

One of my group’s current research studies includes forming the first Parkinson’s disease cohort to systematically observe the development and evolution of non-motor symptoms in people with Parkinson’s disease over a decade, also known as the Non-motor International Longitudinal Study (NILS) study.

The work has involved more than 30 centres globally, with our Centre leading numerous peer reviewed papers signposting the importance of non-motor symptoms in the life of people with Parkinson’s disease. Recent examples include a review from Daniel J.van Wamelen and colleagues  on the Non‐Motor Symptoms Scale (NMSS), the first instrument for the comprehensive assessment of a range of non‐motor symptoms in Parkinson's disease. The NMSS was developed by our Centre and is now used worldwide alongside the other world first tools we developed, such as the Non-Motor Symptoms Questionnaire, as well as Parkinson’s disease sleep scales one and two and King’s College London’s Parkinson’s disease pain scale. More recently the Movement Disorders Society commissioned us with an international steering group to lead on the MDS-nonmotor scale (MDS-NMS) which is now validated and published.

This work has also led to the creation of the Non-Motor Parkinson's disease Study Group that I Chair. It manages a global network of 32 research centres that look at the development of care pathways for policymakers’ review.

Seeking alternatives to the traditional medicine-based strategies to personalise treatment of Parkinson’s disease has been at the forefront of our research. Supported by Parkinson’s UK, the foremost patient charity for Parkinson’s disease in the UK and the NIHR Maudsley BRC, a partnership between South London and Maudsley NHS Foundation Trust, the UK’s largest mental health trust, and the Institute of Psychiatry, Psychology & Neuroscience at King's College London, Europe’s leading academic centre for mental health research, we have embarked on a world first trial. This trial looks at a probiotic in Parkinson’s disease to address the effect on gut microbiota and non-motor health of people with the condition. The work has been highlighted in BBC Inside Health programme, the Telegraph, and is featured on YouTube:

The novel measurement of pain in Parkinson's

For the first time ever, we will be using sophisticated sensory technology to measure pain in Parkinson’s disease by exploring the central nervous system mechanisms that operate within the condition. Pioneered by Dr Bannister’s team, this work will involve brain stem neuromodulation, a small set of brainstem nuclei, and testing pain in people with Parkinson’s disease by using ear headphones.

The non-motor benefits of ballet dancing in Parkinson’s disease

Programmed exercise has emerged as one of the key areas of research in people with Parkinson’s disease. We are proud to be part the world’s largest ever study into the impact and scalability of arts interventions on physical and mental health. The £2 million award from the Wellcome Trust will be dedicated to a programme led by Prof Carmine Pariante, Professor of Biological Psychiatry, King’s College London, on scaling up of arts in healthcare where we are leading a world first study addressing the motor and non-motor benefits of ballet dancing in Parkinson’s disease in collaboration with English National Ballet.

We are the only UK centre in a major international EU funded Horizon 2020 project called the Smartphones versus Parkinson's disease: i-PROGNOSIS. The work investigates whether a phone app that monitors movement, mood, and messages could detect the early signs of Parkinson's disease and act as a source of intervention by recommending activities to help maintain functionality and health.

Kinetigraph is another example, a wrist worn sensor to detect movement related functions and sleep abnormalities in Parkinson’s disease. This device is now being considered by National Institute for Health and Care Excellence as a possible quality standard to be adopted to healthcare.

Neuropsychiatry and neuropsychology in Parkinson’s disease

Neuropsychiatry and neuropsychology are also at the heart of our non-motor research and much work is being done to address the true nature of anxiety and depression in Parkinson’s disease, as well understanding memory decline using novel, blood-based biomarkers at the laboratory of Dr Sandrine Thuret, Reader in Neuroscience and Mental Health, King’s College London, to measure hippocampal neurogenesis.

We are also currently an integral part of a UK wide Parkinson's study called “COVID-19 and Parkinson’s disease” and we are the first group in the world to explore a “Long COVID” syndrome in Parkinson’s disease. A paper in this area has recently been accepted for publication, stay tuned for further details.