Our second profile in the KHPeople series shares Prof Prokar Dasgupta’s highlights on his two-year anniversary as the Professor of Surgery at KHP, including the Grand Rounds, Surgery without Borders, and surgical simulation.

Please introduce yourself, your role, and the Academic Surgery programme. 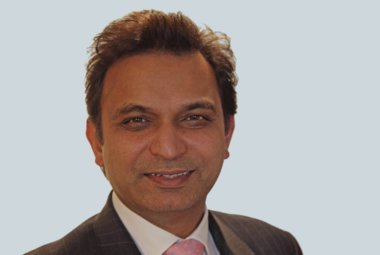 I am Prokar Dasgupta, the Professor of Surgery for King’s Health Partners (KHP), which is an Academic Health Sciences Centre involving a number of brilliant organisations. The first is King's College London, our university, and a number of leading teaching hospitals in London, such as Guy’s and St Thomas', King's College Hospital at Denmark Hill, and South London and Maudsley NHS Foundation Trusts. It's a real privilege to be serving as Professor of Surgery.

We have had the KHP Academic Surgery now for two years. It was established during the pandemic and what a journey it has been.

What have been your highlights for the Academic Surgery programme so far?

When we started, I said very simply three words as our tagline, ‘Be the best’. The other thing that we set out to do was to improve from cradle to grave. By that I mean changing the way our medical students were taught and engaged with surgery within King's College London, right up to being able to serve senior consultants and academic surgeons to do even better in life.

We've had a number of successes at medical school level. We have had strong rates of engagement with our Grand Rounds, which happen on the last Thursday of each month at 5.30pm for an hour. It involves a topic update followed by an international speaker as the Bulkley-Barry-Cooper Professor. We are extremely proud of this. This is very prestigious because the Bulkley-Barry-Cooper Professorship is named after Astley Cooper and Dr Barry, who was actually Margaret Bulkley, the first female fellow of the Royal College of Surgeons of England. Dr Barry/Bulkley was a military surgeon who actually lived as a man and was subsequently, after their death, found to be a lady who had given birth to a child.

Bulkley-Barry performed the first successful Caesarean section in the world. So this is an extremely prestigious lecture, and we have invited other surgeons from Stanford, Harvard and so on. It really has engaged with our students, particularly the King’s College London Surgical Society and the Surgical and Innovation Society, which has literally started this year prior to the Grand Rounds.

We have promoted what is called Live Surgery or Surgery without Borders. In order to do this, we have used the augmented reality platform Proximie, again, developed at guidance and promoted by one of our plastic surgeons, Dr Nadine Hachach-Haram. And this has really taken the operating room to the students without them actually being present within the operating room because of the pandemic. This, I must say, has been a major highlight.

The other highlights have been a pilot of surgical fellowships in orthopaedics and trauma in urology, my own specialty, and of course, neurosurgery, which is a major part of King's Health Partners Academic Surgery. The first three fellows have done extremely well, received their KHP postgraduate certificates, and we are hoping to expand this to all specialties within surgery and allied specialties such as anaesthesia later on this year.

We have done extremely well in the Research Excellence Framework (REF) from within Academic Surgery, and there are three highlights I wanted to bring out in particular. Vascular surgery, led by Bijan Modarai, did extremely well. Breast surgery had a major return with a paper in Nature, and urology also was the only specialty with two surgical impact statements reported to the REF.

One of them was on our 30-year journey with botulinum toxin for overactive bladders. And the second was the description of a 20-year journey of robotic surgery within King’s Health Partners. We are very proud that we have done well in the REF because this is how ultimately we would be measured within academic surgery.

We've had a number of major trials that have been published. For example, Francesco Rubino, our Professor of Metabolic Surgery, has reported in The Lancet on the long-term outcomes, going right up to ten years, of the effects of bariatric surgery on diabetes. This is a game-changing international paper, and I'm really pleased that it has come out of his department. This will have a major direct impact on the lives of many patients.

This year we published for the first time the Simulator study, which is the first such multi-centre randomised controlled trial across UK, Europe, China, Japan, the United States and Canada. It shows for the first time that surgical simulation makes a real difference to patient outcomes. If you compare trainees who were in the simulation arm versus those who were trained in the standard way, those in the simulation arm attained proficiency earlier than those who did not.

But more importantly, there were fewer patient complications in those who were operated on by surgeons in the simulation arm. This is clearly going to have a major impact on how we train the next generation of surgeons.

What are your ambitions for Academic Surgery over the coming years?

We have set up a major lab in St Thomas' Hospital - right in the middle of a busy site opposite the UK Houses of Parliament. This is a lab for Surgical and Interventional Engineering with Prof Sebastian Ourselin, the Head of Biomedical Engineering at King's College London, and academic surgery led by me as the clinical director of this facility. We have welcomed more than 20 honorary academic surgeons over a short period of time.

We have every possible imaging that you can look forward to. Hyperspectral, for example, next generation ultrasound, highly specialised MRI, including seven Tesla, Artificial intelligence, 3D printing and major collaborations with industry such as Medtronic and Nvidia Cambridge-1. We are interested in surgical data science whereby we can capture the sounds within an operating room, track the movements of surgical instruments, and better train the next generation of surgeons.

We have MONAI Label which can automatically segment images such as MRI images and design 3D models of, for example, the prostate gland and the structures surrounding it. I'm sure that this is going to improve the way we operate on our patients. We have been assigned a start-up from surgical and intellectual engineering, which gives the surgeons exquisite images of the kidney and the cancer within it, such that a robotic surgeon can precisely remove the cancer without causing collateral damage.

A randomised controlled trial has been funded by the National Institute for Health and Care Research (NIHR) to see what the outcomes of this kind of next generation technology in the next few years. I cannot tell you how excited I am about surgical and intelligent engineering. It's a fantastic lab as part of one of the largest medtech hubs within Europe, and we hope that we will make a real difference to patient care because we have put the lab bang in the middle of a major teaching hospital.

Come and join us. I look forward to seeing so many of you in that lab to make a real difference, a translational difference to patients over the next five years, not just by developing technology, but also by collaborating with industry and then taking that information into randomised controlled trials, implementation science, so that we directly impact the patients who we serve. Thank you so much.

You can watch the video version of the interview below: