King’s Global Health Partnerships are working in Somaliland, Sierra Leone and the Democratic Republic of the Congo to support governments to strengthen healthcare and its outcomes by empowering people, strengthening organisations and enhancing systems.

King’s Global Health Partnerships are bringing the academic, health and international development communities together, pioneering a distinctive approach that is responsive, rigorous and long-term. 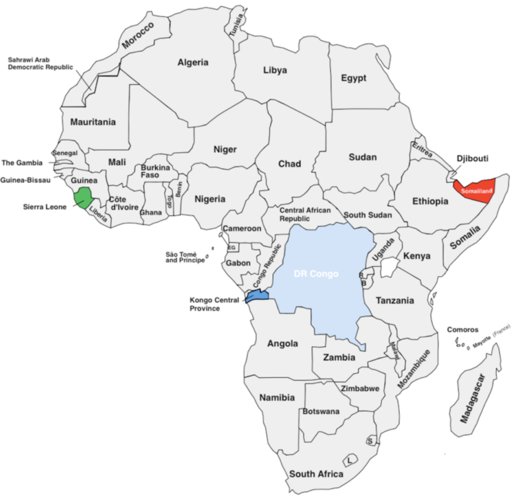 Over half of the world’s population is unable to access health services, causing unnecessary suffering and preventing people from living healthy and productive lives. The partnerships believe that every person should be able to access quality health care when they need it, and that the world shares responsibility for making this happen.

The partnerships have the capacity to respond and make a profound difference to people’s lives, and in doing so contribute to achieving the Sustainable Development Goals. The team works alongside their partners to deliver projects such as improving health education, setting up mental health services, instituting a trauma system, and preparing for any future outbreaks of Ebola.

The first partnership began in 2000 at the invitation of the Somali diaspora, between King’s College Hospital NHS Foundation Trust, the Tropical Health and Education Trust and key partners in Somaliland. The country, which had declared independence from Somalia in 1991 after a devastating civil war, is still not internationally recognised.

The main focus of the partnership has been to support the training of medical, nursing and midwifery students. Achievements to date have included:

In 2016 the partnership was awarded a major grant from the UK Department for International Development’s Strategic Partnerships for Higher Education, Innovation & Reform (SPHEIR) programme. The ‘Prepared-for-Practice’ project aims to reform Somaliland health education, putting practice-orientated learning, teaching and assessment at its centre.

Established in 2011, King's Sierra Leone Partnership works with University of Sierra Leone Teaching Hospitals Complex and the College of Medicine and Allied Health Sciences (COMAHS). The partnership has a team of up to 20 long-term volunteers on the ground at any one time. 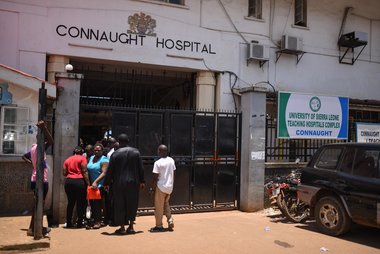 The partnership played a key role in the country’s Ebola response, helping to treat more than 10% of all Ebola patients in Sierra Leone during the outbreak. They also supported their partners during heavy flooding and mudslides in August 2017, providing medical care to victims, supporting the psychosocial support response through the mental health nurse network, and providing laboratory and infectious disease support for cholera preparedness.

To find out more about what the Global Health team are doing in Sierra Leone, take a look at their blogs.

Following an invitation from the UK Congolese diaspora, King’s Kongo Central Partnership (KKCP) was founded in 2013. KKCP supports the strengthening of the health care system in the Kongo Central province in the southwest corner of the Democratic Republic of the Congo (DRC) through capacity building of individuals, institutions and systems.

Its focus has been on addressing the high burden of trauma due to road traffic collisions on the arterial route connecting the Atlantic port cities of Boma and Matadi with the capital Kinshasa.

Achievements since the founding of the partnership include: